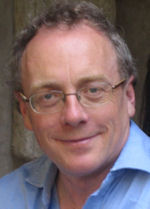 I read History at Queens' College, Cambridge (1977-80), where I stayed to undertake doctoral research under the supervision of Professor Walter Ullmann, and after his death, Professor Sir James (J.C.) Holt. I was elected to a Research Fellowship at St John's College, Cambridge in 1983, and left there in 1987 to become a Tutorial Fellow and Director of Studies in History at Magdalene College, Cambridge. Since 1990 I have been a Fellow, Tutor, and University (CUF) Lecturer at St Hugh's College, and a College Lecturer at Lady Margaret Hall. I held a Leverhulme Senior Research Fellowship 2008-2010, and was elected to a personal chair in 2014. From March 2015 to March 2016 I was Senior Proctor of the University.

His first research interests lay in English history of the tenth to thirteenth centuries, specifically what used to be called constitutional history. He has published a large study of the impact of the Norman Conquest on notions of kingship, succession, and tenure; a briefer introduction to the Conquest; and several essays on these and related themes. He also works on political thought in a more conventional sense: he has published an edition of Vindiciae, contra tyrannos, the highly influential sixteenth-century Huguenot resistance treatise, and a study of the role of providential history in the thought of the fourteenth-century Italian theorist and anti-papal publicist, Marsilius of Padua. Thanks to a recent Leverhulme Major Research Fellowship, he is at present completing a  history of the history of the Norman Conquest, from the twelfth century to the end of the seventeenth; and has published some prolegomena on early modern English lawyers and antiquarians.