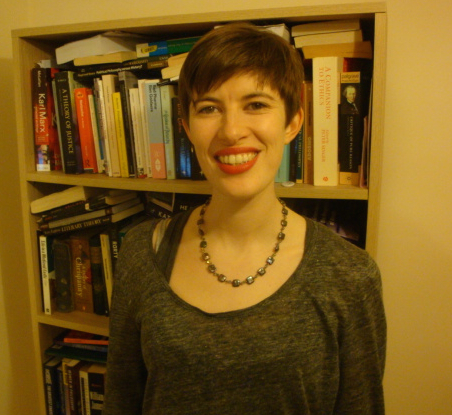 I read history at Trinity Hall, Cambridge, completing my BA in 2008 and my Master's in 2009. I then worked at Haus Publishing as an editorial assistant for a year before returning to academic study to complete my PhD from 2010 to 2014 at King's College, Cambridge, during which time I also taught modern British history. From 2011 to 2014, I worked at Centre 33 Young Carers’ Project, running groups to support young carers aged 8 to 18 in Cambridgeshire. I ran the AHRC-funded Talking History project from 2012 to 2013, working in collaboration with Rambling Heart to deliver oral history and storytelling training to graduate students, early career researchers and community groups, and am running a further series of workshops in Fenland in 2017, funded by Oxford’s Public Engagement with Research Seed Fund. I spent a year as a stipendiary lecturer at St Anne's College before coming to LMH in October 2015. I was also the Postdoctoral Training Coordinator at the Humanities Division from 2016-17.

I am an historian of twentieth-century Britain, and am particularly interested in age, education, self-narratives and oral history, memory and selfhood. My research to date has primarily focused on teachers’ concepts of childhood and youth in primary and secondary modern schools in inter-war and post-war England and Wales. As a child-centred pedagogy strongly influenced by developmental psychology became increasingly widespread after the Second World War, teachers’ images of both their own roles and those of their pupils altered in response. I am currently adapting this project into a monograph with the working title A Progressive Education? How Childhood Changed in Mid-Twentieth-Century Schools.

My new research project focuses on how children’s and adolescents’ perceptions of what it means to be an adult in Britain have changed from c.1950 to the present day. Methodologically, this project breaks new ground for this period by considering adulthood, as well as childhood, as a constructed category, and contending that we can only understand the two in relation to each other. It will explore the tension between the 'ideal adult' – the psychologically mature independent actor who can, for example, give informed consent to medical procedures, a theme developing within healthcare in the post-war welfare state – and the real adult who often doesn't live up to these ideals. Ultimately, this project will ask how young people define themselves in relation to adults, and what kind of adult they think they will grow up to be.

At Oxford, I taught nineteenth- and twentieth-century British and European history, themes, methods and approaches in history, study skills, and historiography. I co-supervised a DPhil student on the history of Holocaust education in Britain, France and Austria, and would be keen to hear from potential DPhil students working on modern British social and cultural history; the history of education, childhood, youth, and ageing; and gender history. I am also especially interested in projects concerned with self-narratives and oral history.