A recent addition to our library, The Women’s Case celebrates the pioneering role of LMH in the promotion of women’s higher education and gender equality.

LMH was founded in 1878, the first college in Oxford to admit women. During its history it has played an important role in promoting women’s higher education and gender equality, and its members and alumni have gone on to lead remarkable lives, from founding Save the Children to becoming the first female President of the British Medical Association.

To celebrate this pioneering spirit, our college library has established a new display case which will house a series of monographic exhibitions showcasing the achievement of women associated with the College or launches of new books related to women’s achievements and contributions to both academia and the wider society, with a link to LMH members, past and present.

The first pilot display, currently on exhibition, is dedicated to the edited volume by Xon de Ros, LMH Tutorial Fellow in Modern Languages (Spanish) with Daniela Omlor (Lincoln) on the philosopher María Zambrano (1904-1991), one of the foremost Spanish intellectuals of the twentieth century. A disciple of Ortega y Gasset, she taught at the University of Madrid in the 1930s and joined the Republican diaspora in exile, living in México, Cuba, Puerto Rico, Paris, Rome and Geneva till her return to Spain in 1984. A heterodox philosopher who conceived her role as that of an agent for ethical change, she sought to reconcile philosophy and poetry, and wrote not only essays on philosophy, but also plays, poetry, literary and art reviews, and a memoir. After the relative obscurity of her life in exile, her genius began to be recognized in the decade before her death, but she remains little known outside the Spanish-speaking world. This is the first volume published on Zambrano in Britain and the essays included explore the cultural dimension of her legacy, offering new critical insights which draw on literature, aesthetics, gender studies, psychoanalysis, political theory, and the visual arts. The display includes bibliographical material, photographs and other visual records of her life.

For Michaelmas Term it is planned that this exhibition will be replaced by a new display of books and documents celebrating the life and legacy of Gertrude Bell (History 1886), traveller, explorer, archaeologist, historian, Arabist and writer. 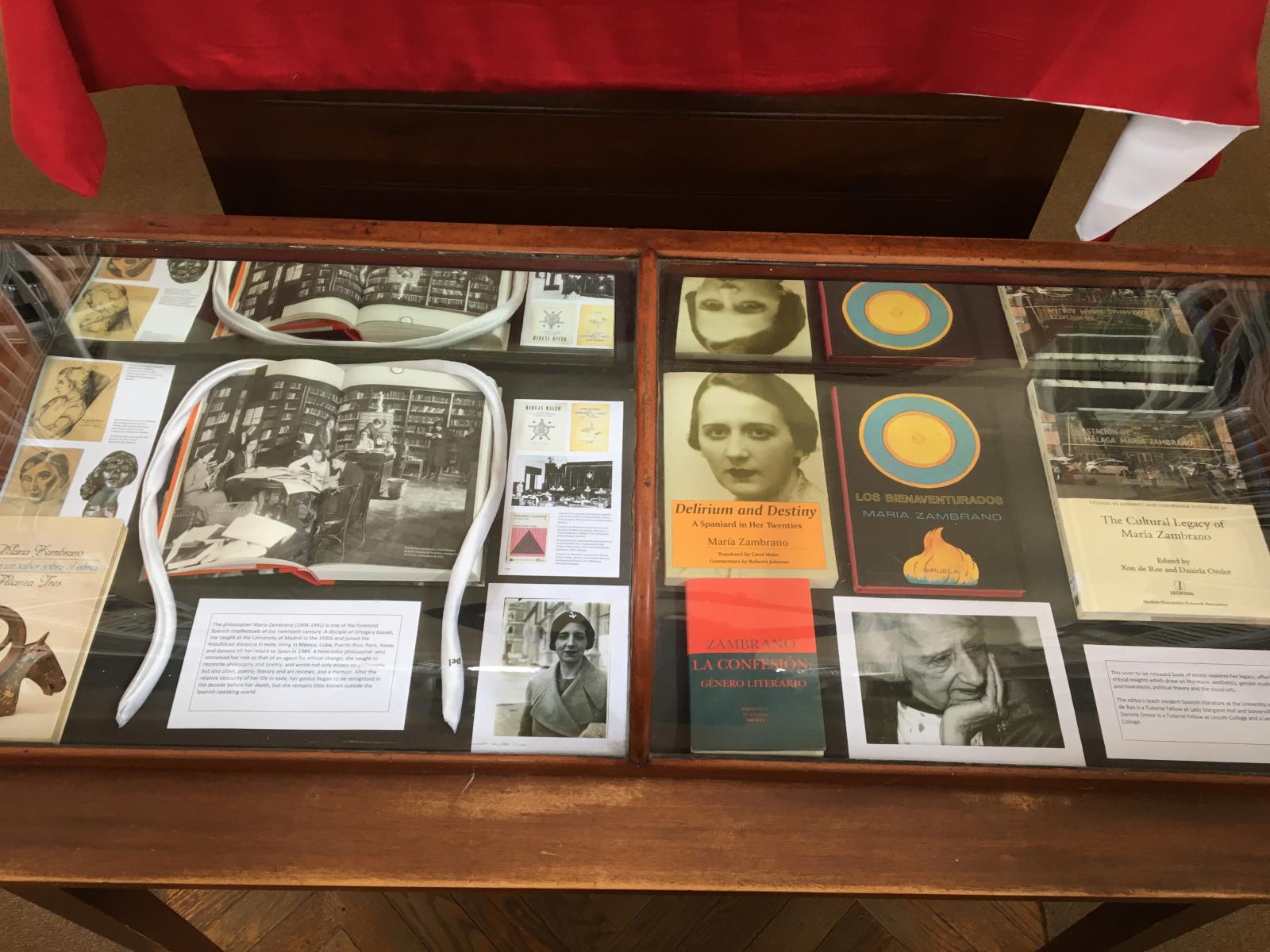