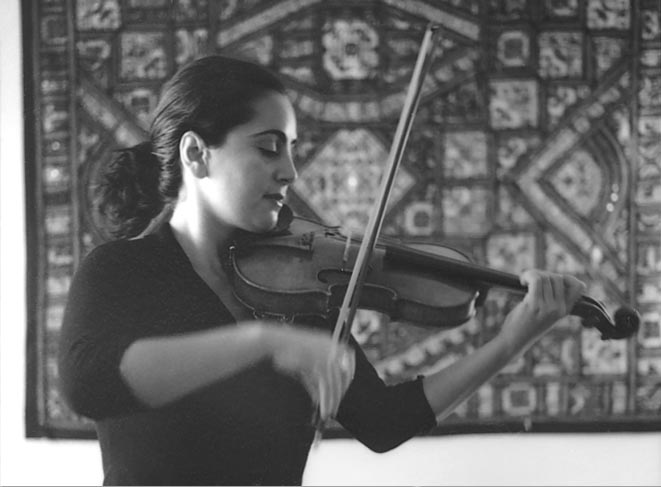 Gascia Ouzounian is Associate Professor of Music at the University of Oxford, and Fellow and Tutor in Music at Lady Margaret Hall.

Since 2013 Ouzounian has co-directed the research group Recomposing the City, which brings together sound artists, architects, and urban planners in developing interdisciplinary approaches to urban sound studies and urban sonic practices. She is artistic director of Optophono, a label that publishes interactive music and sound art. Recent projects include Scoring the City (2020), which explores experimental notations for urban design, and Acoustic Cities: London and Beirut (2019), for which ten artists created works that responded to the acoustic conditions of London and Beirut.

Ouzounian is the recipient of a Consolidator Grant from the European Research Council for the project Sonorous Cities: Toward a Sonic Urbanism (SONCITIES) (2020-25). This project is formed at the intersection of sonic urbanism and critical spatial practices. Its aim is to better understand urban life through a critical investigation of the sonic conditions of cities; to make creative/critical interventions into urban sound environments; and to support architects, designers, and spatial practitioners in embracing sonic modes of urban analysis and design.

At Oxford Ouzounian has taught courses on Sound Art and Environment, Acoustic Cities, Sound and Space, and History of Electronic Music. She holds degrees in music technology and violin performance from McGill University, and critical studies/experimental practices in music from the University of California, San Diego.

Her research interests include experimental practices in music and sound art; urban sound; sound and space; and new technologies in music. She is the author of Stereophonica: Sound and Space in Science, Technology, and the Arts (MIT Press 2020), and has contributed articles to leading journals of music, art, and architecture, including Computer Music Journal, Organised Sound, Leonardo Music Journal, Journal of Visual Culture, Journal of Architecture & Culture and Journal of the Society for American Music. She serves on the editorial board for the Journal of the Royal Musical Association and is assistant editor of Evental Aesthetics.

For a full list of publications and a current research C.V. please see here.