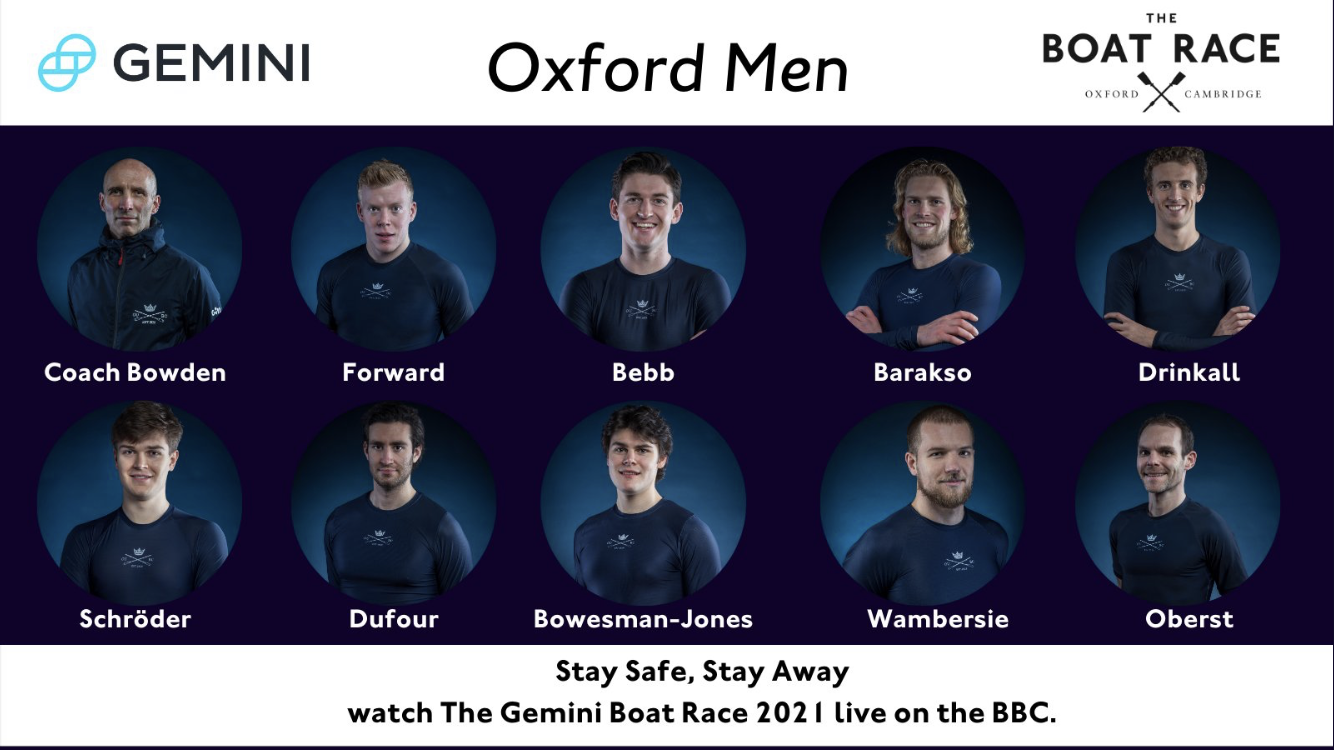 Felix Drinkall, Engineering Master's student at LMH, has been selected by the Oxford University Boat Club for the upcoming 166th Boat Race between Oxford and Cambridge Universities. The men's and women's races are taking place on the 4th April 2021 in Ely. The action will be broadcast live by the BBC.

Felix has a strong international record with the Great Britain development squad where he has won gold in the Men's Eight at the U23 World Championships. He led his crew as President for the 2019 Boat Race where they suffered defeat, the race was then cancelled in 2020 due to Covid-19. This time he is aiming to repeat the achievements of the 1944 Oxford crew by defeating Cambridge on their home water.