'Musicians are by nature explorers,' says Gascia Ouzounian, LMH Fellow and Tutor in Music, on a recent broadcast on BBC Radio Oxford. Professor Ouzounian is interviewed at length on Global Echoes, a dedicated world music programme.

Talking to the show's producer Marcos Young, Prof Ouzounian traces the musical journey from her family's Armenian roots, her own early years in Beirut, to emigration to Toronto, Canada, at the age of three. Studying at a conservatoire there, she says that music became 'an anchor' in a life of travel and migration. More recently, eight years at Queens University in Belfast imbued in her a passion for Irish music, and in particular how it is woven into everyday life.

She goes on to describe how university studies and attending live performances led her from the classical canon towards a fascination with electronic and experimental music and sound production. These sensibilities have in turn prompted the rediscovery of radical strains in classical pieces, sometimes in unexpected places. Listen here to this extract.

Professor Ouzounian concludes by talking about the varied and vibrant musical community of Oxford, and in particular, LMH itself. Listen here to this shorter conclusion. You can catch this programme in its entirety on the BBC iPlayer until January 27th. 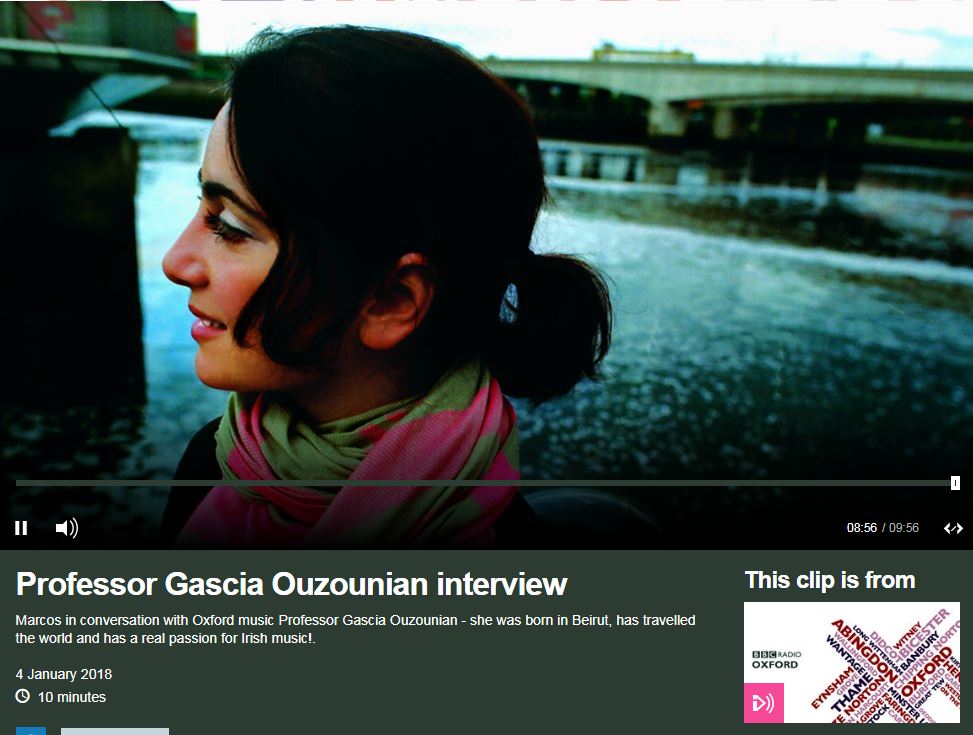