It has been announced today that Bill McKibben, founder of 350.org, the first global, grassroots climate change movement, will give the Deneke Lecture – Seizing the Climate Moment - at Lady Margaret Hall, University of Oxford.

350.org organized 20,000 rallies around the work in almost every country, spearheaded the resistance to the Keystone Pipeline, and launched the fast-growing fossil fuel divestment movement.

The author and environmentalist was awarded the Right Livelihood Prize, sometimes called the ‘alternative Nobel’, in 2014. Receiving his award he said: “The climate fight is the first timed test humanity has faced; if we don’t win quickly we won’t win at all. It’s the definition of urgent.”

Thirty years ago Bill McKibben offered one of the earliest warnings about climate change. His book The End of Nature (1989) is regarded as the first book for a general audience about the subject, and has appeared in 24 languages.

He has gone on to write a dozen more books and his latest is called: FALTER, Has the Human Game Begun to Play Itself Out? It is a sobering call to arms, to save not only our planet but also our humanity itself.

In 2010, the Boston Globe called him 'probably the nation's leading environmentalist’ and Time magazine book reviewer Bryan Walsh described him as "the world's best green journalist".

Alan Rusbridger, Principal of LMH, said: “The Deneke Lecture promotes ‘humane studies’ and I can think of no better person than Bill McKibben to deliver it. He is a legendary environmental campaigner, author and mobiliser of people and has devoted his life to tackling the one of the most urgent issues facing our planet today.”

The Deneke Lecture was established in 1930 in memory of musicologist Philip Maurice Deneke who died in 1924.

One of the first speakers was Albert Einstein who delivered his lecture in 1933. It was called Einiges zur Atomistik.

Einstein was friendly with Margaret Deneke, daughter of Philip Deneke who he met on his visits to Oxford. She writes of the effect the lecture had on her in her unpublished memoirs:

“The Deneke Lecture was packed and many of our friends failed to get seats. Sir Charles Sherrington took the Chair. Whilst Dr. Einstein was speaking and using his blackboard I thought I understood his arguments. When someone at the end begged me to explain points I could reproduce nothing. It had been the Professor’s magnetism that held my attention.”

The Deneke Lecture will take place on Friday 14 June at 17.45 in the Simpkins Lee Theatre, LMH. To book tickets click here. 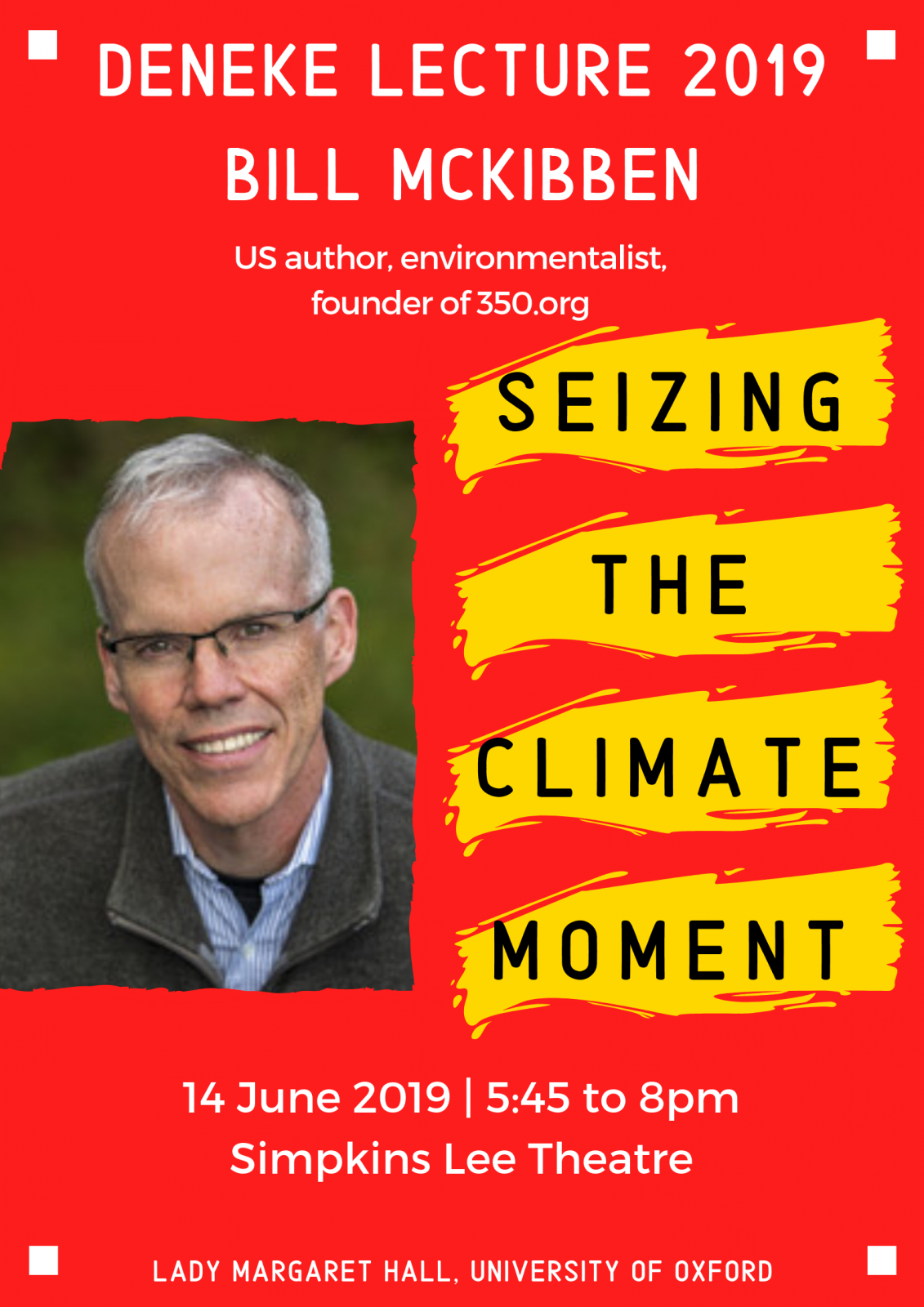