John Donne is one of the best-known poets of the English Renaissance, famous for his witty, sensual early poems such as ‘The Flea’ and the darker, more brooding Holy Sonnets of his later years. But the Holy Sonnets were inspired by Donne’s increasing religious devotion, a calling which eventually lead to his becoming, as this book puts it, ‘that learned and reverend divine, Iohn Donne, Dr in Divinity, late Deane of the cathedral church of S. Pauls London.’ It was published in London, by Miles Flesher, in 1640, nine years after Donne’s death. It includes, as well as the 80 sermons of its title, Izaak Walton’s Life of Donne, a key source not just for literary critics but for historians, too. The LMH copy of Donne’s Sermons was donated to us in 1931 by an Edward Hugh Norris Wilde.

Donne preached more in St. Paul’s than anywhere else in his life, yet surprisingly little is known about the occasions themselves: the sermons’ titles – ‘Easter’ and ‘Whitsunday’, for example – tell us when Donne spoke, but many records of the cathedral from this time have been lost, leaving us with little idea of who Donne spoke to and why. A new 16-volume edition of the sermons is forthcoming from Oxford University Press, and the innovative historical and cultural research undertaken for it should begin to lift the veil somewhat. Regardless, the contents speak for themselves. ‘What of the angels,’ Donne asks in an Easter sermon, ‘and then, what of us, who shall be like the angels’? 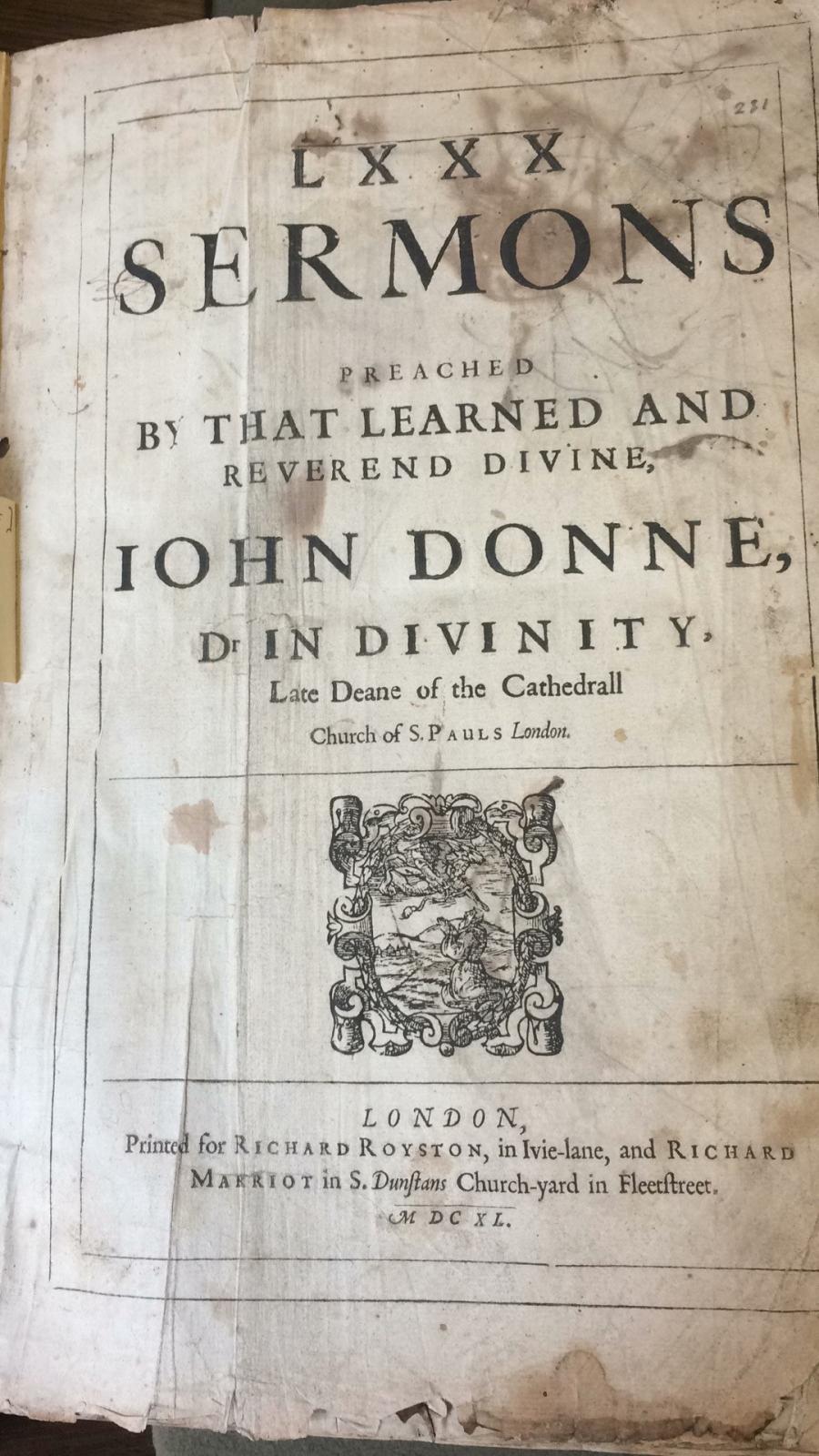