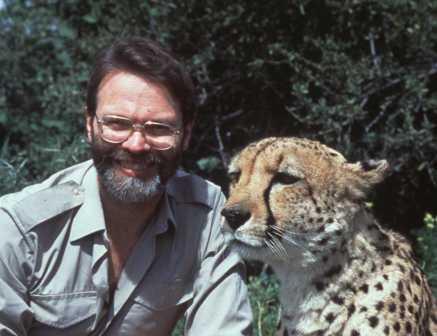 I am the Director of the Wildlife Conservation Unit (WildCRU), one of the most high-profile science based conservation groups in the world, which I founded in 1986. I have won numerous awards. I have been ranked third in a list of Britain’s 50 most influential conservation heroes, ranked in The Wildlife Power List ahead of Sir David Attenborough (4th) and behind broadcaster Chris Packham (2nd) and conservationist Jane Goodall (1st).

I was admitted to the Fellowship of the Royal Society of Edinburgh in 2008. I was made a CBE for services to natural sciences in the Queen's Birthday Honours list 2010.

In 2021 I was appointed to be the inaugural Chairman of OXGAV’s Joint Steering Committee. OXGAV is the world’s first Conservation Venture Studio, and a partnership between the University of Oxford, Global Accelerated Ventures and Oxford University Innovation.

OXGAV will support the research and development of cutting-edge innovations by interdisciplinary scientists across departments at Oxford and will enable the outputs of this research to be commercialised and scaled around the world. Technologies coming from OXGAV will combat global warming, biodiversity loss, Covid-19, food security, ocean plastics, the energy crisis and more.

The mission of the WildCRU is to achieve practical solutions to conservation problems through original scientific research.