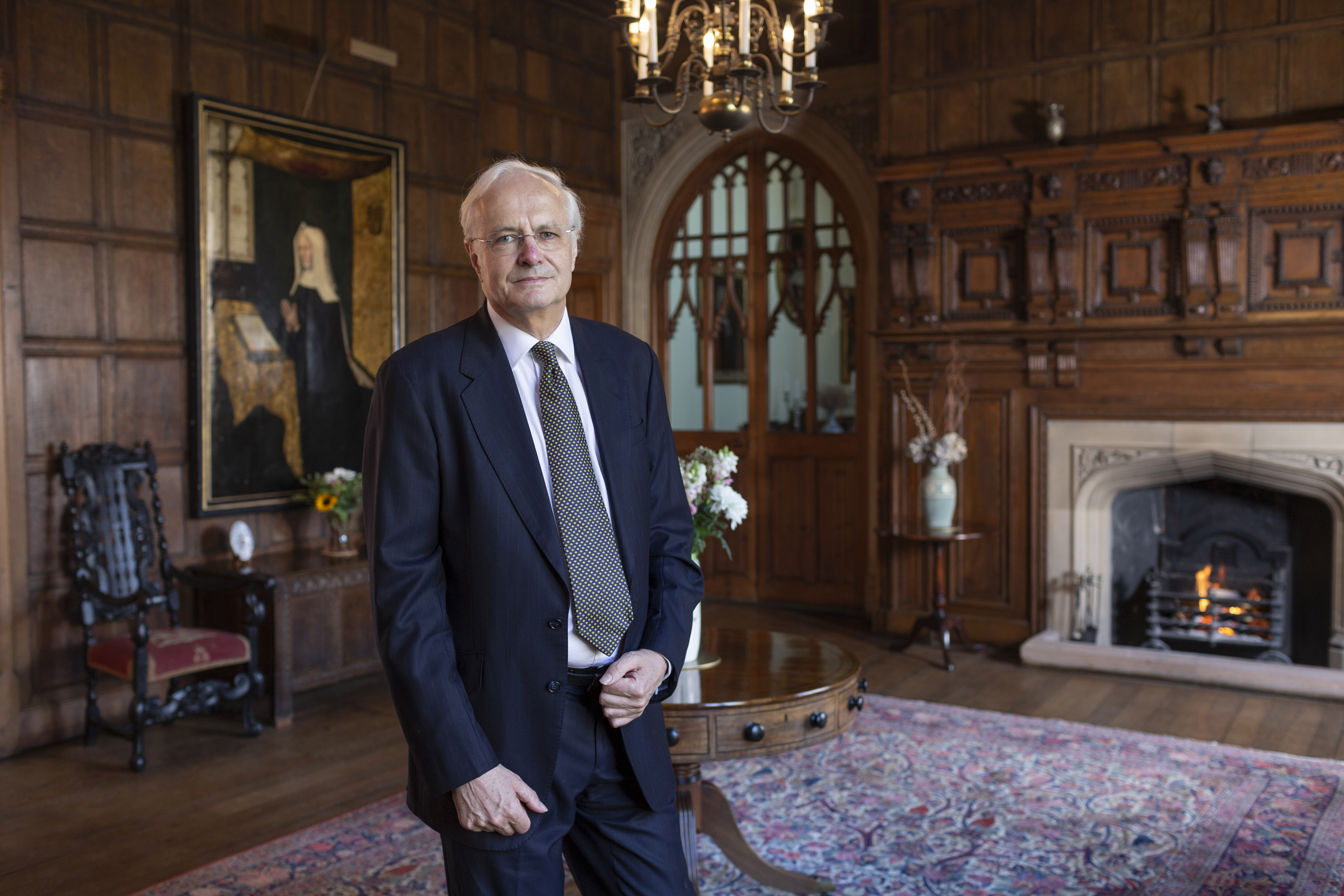 LMH is greatly saddened to learn of the death of world-leading scientist and LMH Honorary Fellow, Professor Sir Christopher Dobson.

Sir Christopher was elected as the 44th Master of St John’s College, Cambridge, in 2007 and for 12 years he led the community with dedication, precision and compassion.

He was an innovative and prolific chemist with more than 800 papers and review articles to his name – his prodigious scientific accomplishments significantly advanced global understanding of neurodegenerative conditions such as Alzheimer’s and Parkinson’s diseases.

One of his most notable achievements was in 2012 when he co-founded the Cambridge Centre for Misfolding Diseases and in 2018 he was knighted in recognition of his contributions to Science and Higher Education.  This accolade crowned the many honorary degrees, fellowships and prizes he received in his lifetime – including the 2009 Royal Medal of the Royal Society, of which he had been a prominent Fellow since 1996.

Dr Frank Salmon, President of St John’s, said: “Chris’s pioneering research investigating the origins of Alzheimer’s and Parkinson’s will undoubtedly lead to the discovery and introduction of new and effective treatments in the future that will benefit millions of people.

“His commitment to helping others will be an equally inspiring part of his enduring legacy – countless lives and careers were improved by his mentorship, support, advice and influence. In all of this he was supported and encouraged by his wife Lady Dobson."

Alan Rusbridger, Principal of LMH, said: “The LMH community is greatly saddened to learn of the death of Honorary Fellow, Sir Christopher Dobson, and pays tribute to his truly remarkable work which will transform the lives of so many people in the future. We send our deepest sympathy to his family.”

The LMH flag will fly at half-mast in his honour.

St John’s College has opened a book of condolence.