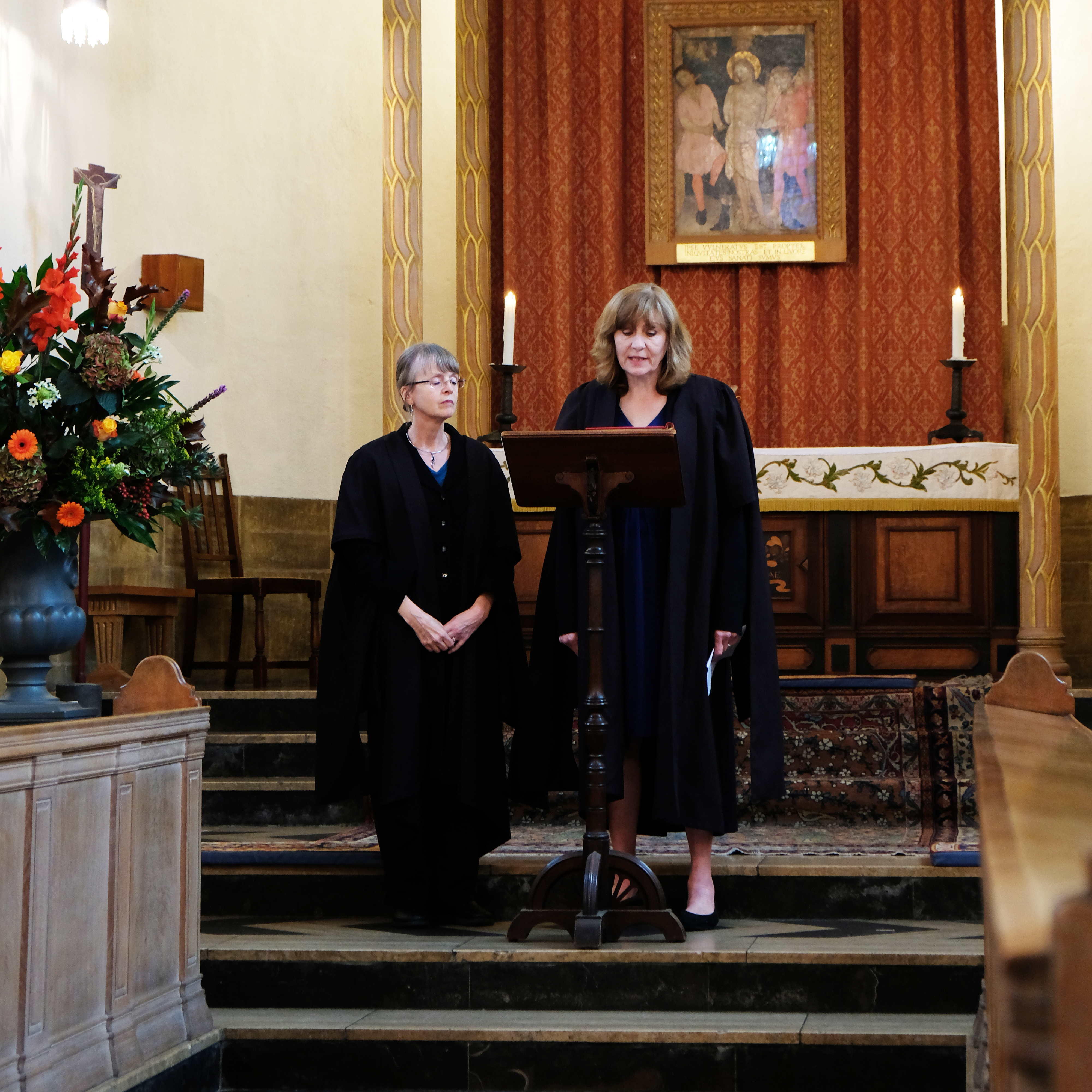 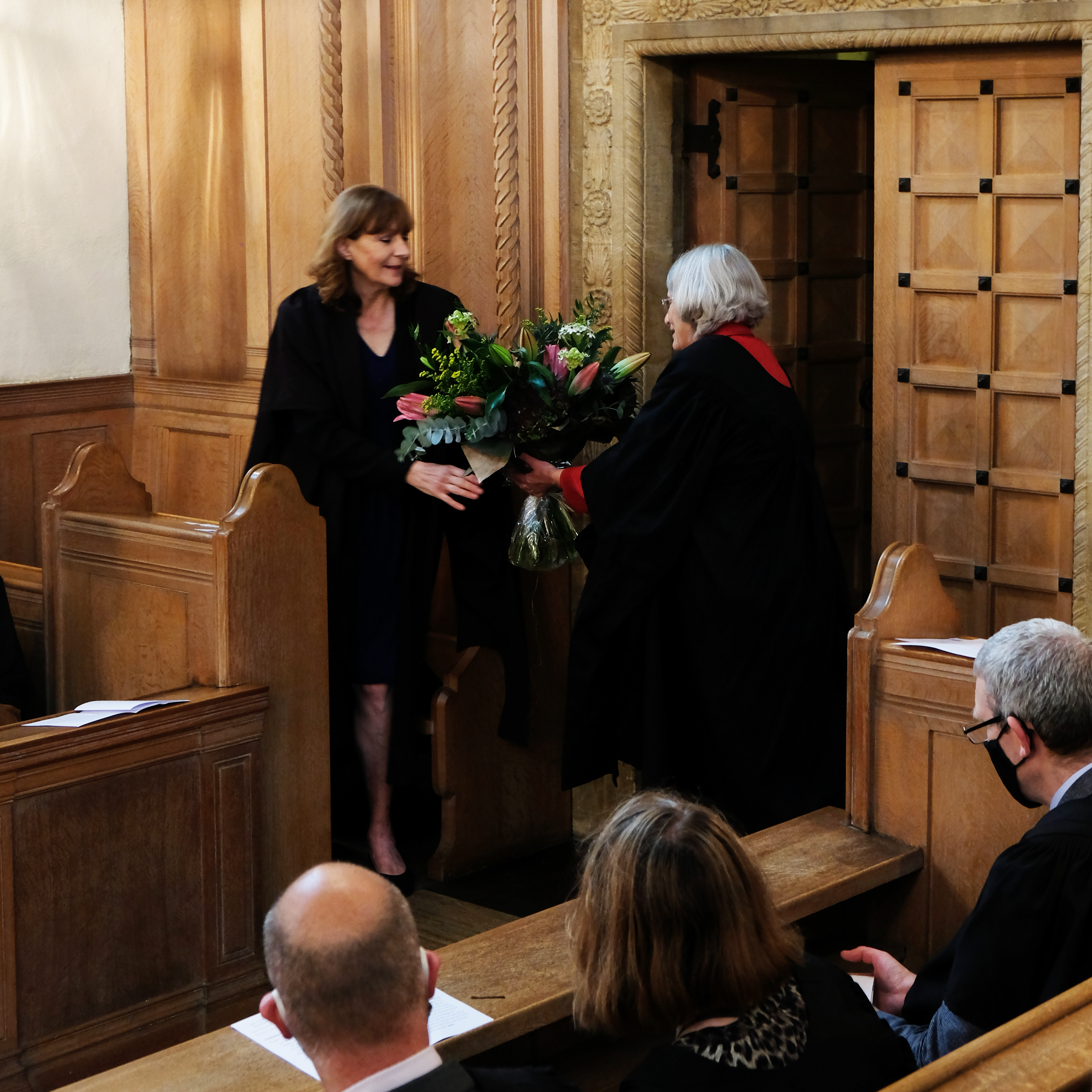 On Friday 8th October, Professor Christine Gerrard was sworn in as LMH Principal. The inauguration took place in the LMH Chapel and the service was led by Reverend Andrew Foreshew-Cain. The event was attended by Fellows, students and staff of the college.

Christine has been elected as Principal of LMH for the interim period of October 2021 until September 2022, after the departure of former Principal Alan Rusbridger.

At the service Christine made a declaration and was handed a copy of the statutes by Vice-Principal Dr Fiona Spensley. LMH Fellow Professor Todd Huffman and student Sophie Parke gave readings and there was a performance by the LMH Choir.

Christine said: "I feel honoured and proud to be leading LMH at such an important time in its history, as we rebuild our academic, social and cultural life in college following the pandemic. LMH is an organic community of students, scholars and staff, and over the years I have been a Fellow here, have come to understand how special it is." 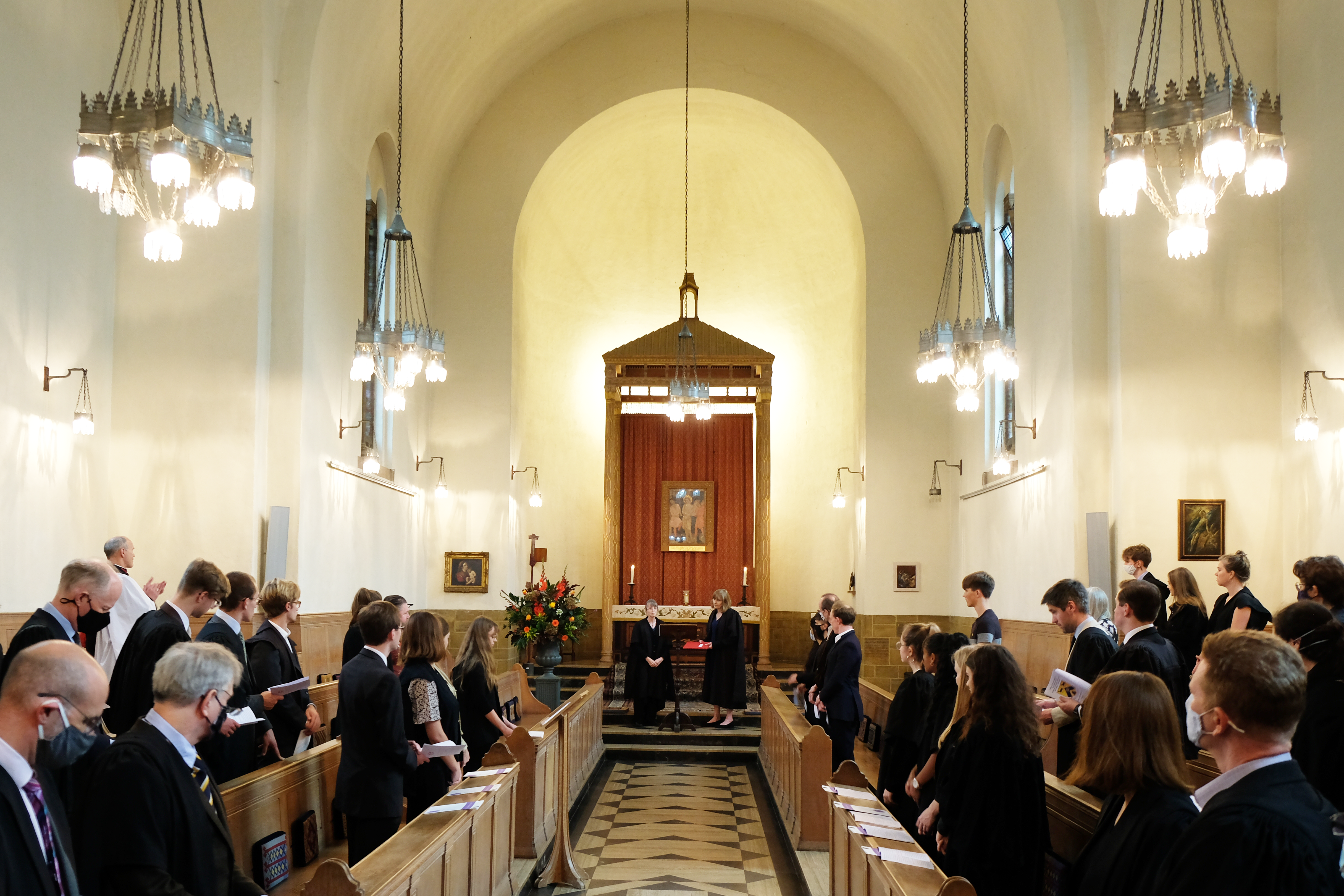 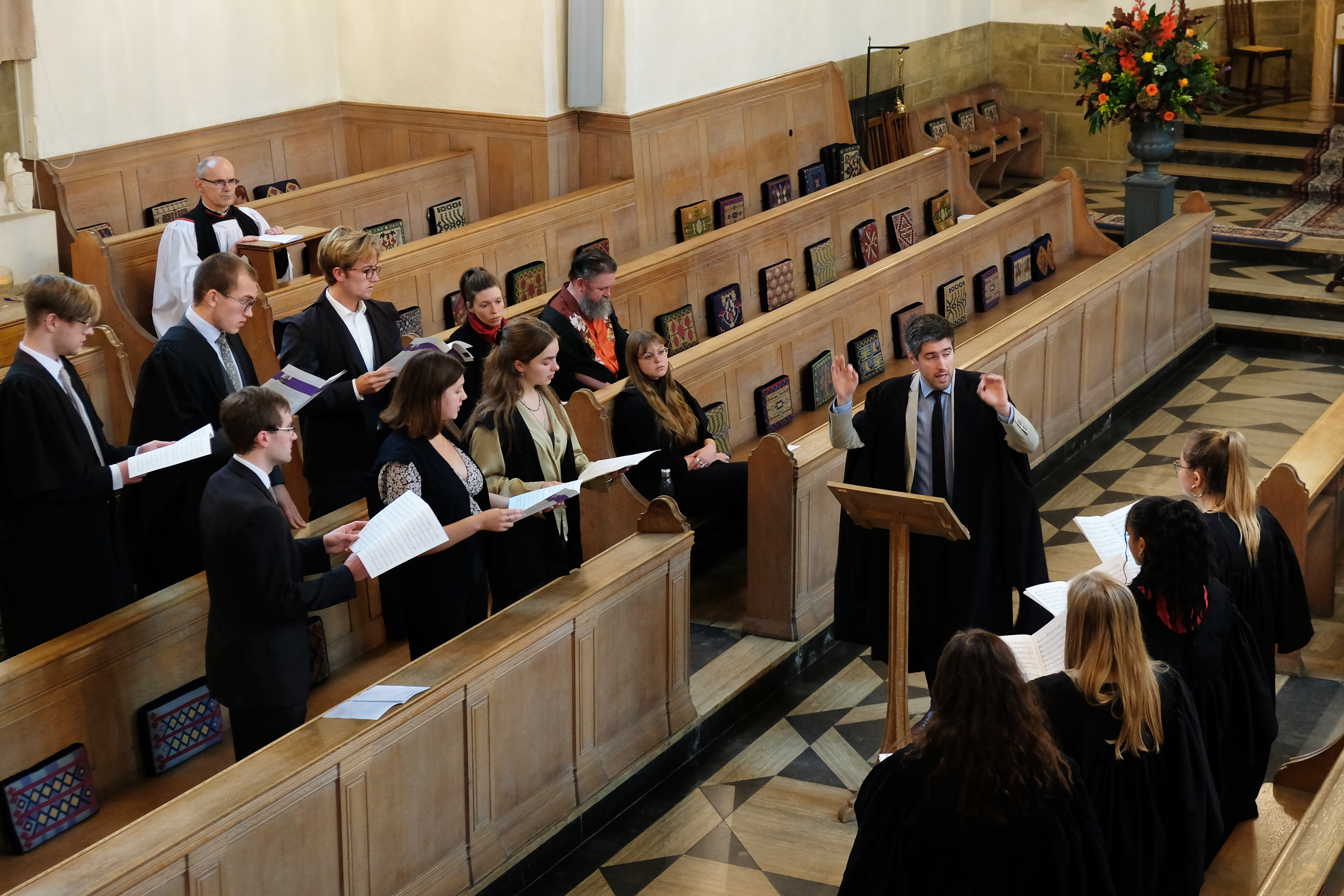