Savannah told us about some of the work she has been doing this year to support the LGBTQ+ community, both within LMH and the wider University:

"I spend a lot of time spreading information concerning the injustices and life experiences of various marginalised groups by using social media. I also take this beyond the social media sphere and try to create conversation and safe spaces within the University. For example, in Michaelmas 2021 I teamed up with another LMH student and the outside BAME representative of LMH to put on the annual race workshop for freshers in a way that had never been done before. We acted in a role play scenario in order to create discussion about racial dynamics within a university setting. I have also been holding speaker events within the University and other institutions about key social issues. For example, I interviewed Chantelle Day and her lawyer regarding her right to a gay marriage in the Cayman Islands. I have also been on panels alongside active Labour and Liberal Democrat politicians regarding LGBT+ rights in this country."

Savannah also spoke about her pride upon winning the Activist of the Year Award:

"I believe activism and advocating for the rights, fair treatment, equal opportunities and respect for those around us should be the foundations of humanity. It is a real honour to receive the Activist of the Year Award at National Student Pride and I am committed to continuing the work that got me recognised for this award in the first place." 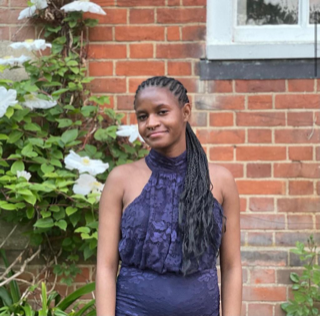