This exhibition displays the forty-five illustrations for Dante’s Inferno by John Dickson Batten (1860-1932), which are perhaps the greatest achievement of an undeservedly forgotten artist. They were commissioned in the 1890s by George Musgrave (1855-1932) to accompany the second edition of his idiosyncratic translation of the Inferno, which finally appeared in 1933, a year after the deaths of both men. Musgrave left the illustrations to Lady Margaret Hall, Oxford, where they hung for many years on the walls of what is still known as Hell Passage. More recently they have remained hidden away in the college library, unknown even to art historians and Dante scholars. The pictures constitute one of LMH’s hidden treasures. Articulating a distinctive version of the late 19th-century British artistic idiom, they depict with great imaginative verve and precision major scenes and episodes of the Inferno, ranging from the encounter with the three beasts at its start to the vision of the grotesque figure of Satan immediately before Dante and his guide Virgil finally leave Hell for Purgatory.

The exhibition is preceded by publication of the drawings in book form. This volume aims to give a broader public than ever before the chance to enjoy Batten’s work and, if they do not know Dante already, to make an undemanding first acquaintance with his great poem. The drawings are accompanied by commentaries explaining what is going on in them and straightforward translations of the particular lines that Batten had in mind. There is also an Introduction explaining how the drawings came about and discussing their distinctive qualities. An appendix contains two maps of Dante’s other world by another artist, Edmund Hort New, and a portrait of Dante, by Frederic Leighton, all three of which are also in the Lady Margaret Hall library.

2021 marks the 700th anniversary of Dante’s death and the exhibition and publication of this volume are part of a host of celebratory events, which include conferences, concerts, exhibitions and much else.

Open by appointment during the week of 1st-5th November and 8th – 12th November. Please contact oliver.croker@lmh.ox.ac.uk to arrange a visit.

Peter Hainsworth is an Emeritus Fellow of Lady Margaret Hall, where he was Tutor in Italian from 1979 to 2003. His more recent publications include Dante. A Very Short Introduction (OUP, 2015), written jointly with David Robey, and translations of selections from Petrarch’s poems and prose (Hackett, 2010) and from Boccaccio’s Decameron (Penguin, 2015). He is currently engaged on a translation of Castiglione’s Book of the Courtier.

John Dickson Batten, Illustrations for Dante’s Inferno, Introduction and Commentaries by Peter Hainsworth (Panarc International, 2021) is obtainable via Amazon, or, for LMH alumni, at a special price of £16 via the college. All profits from sales will go to the College. To order a copy please email development@lmh.ox.ac.uk. 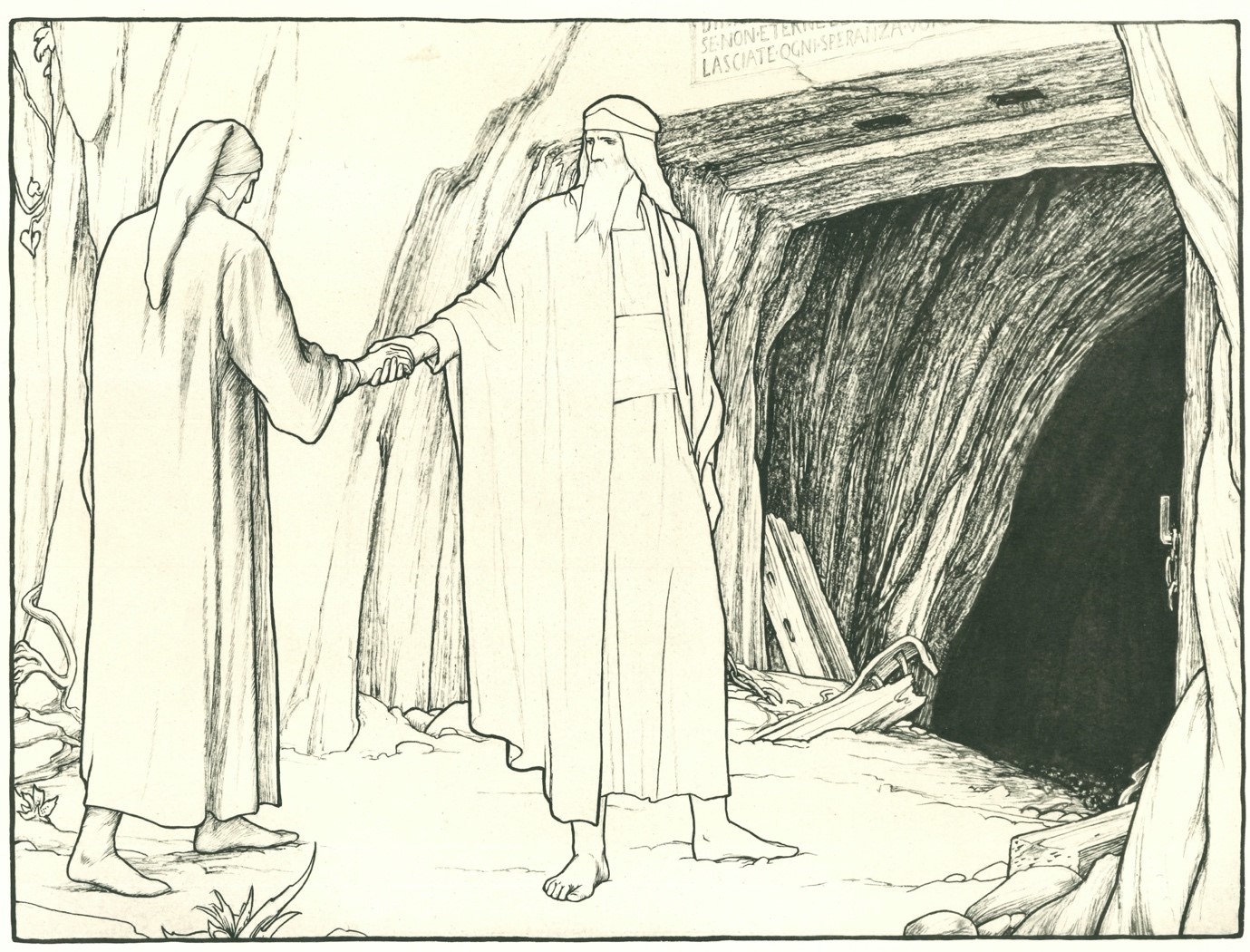