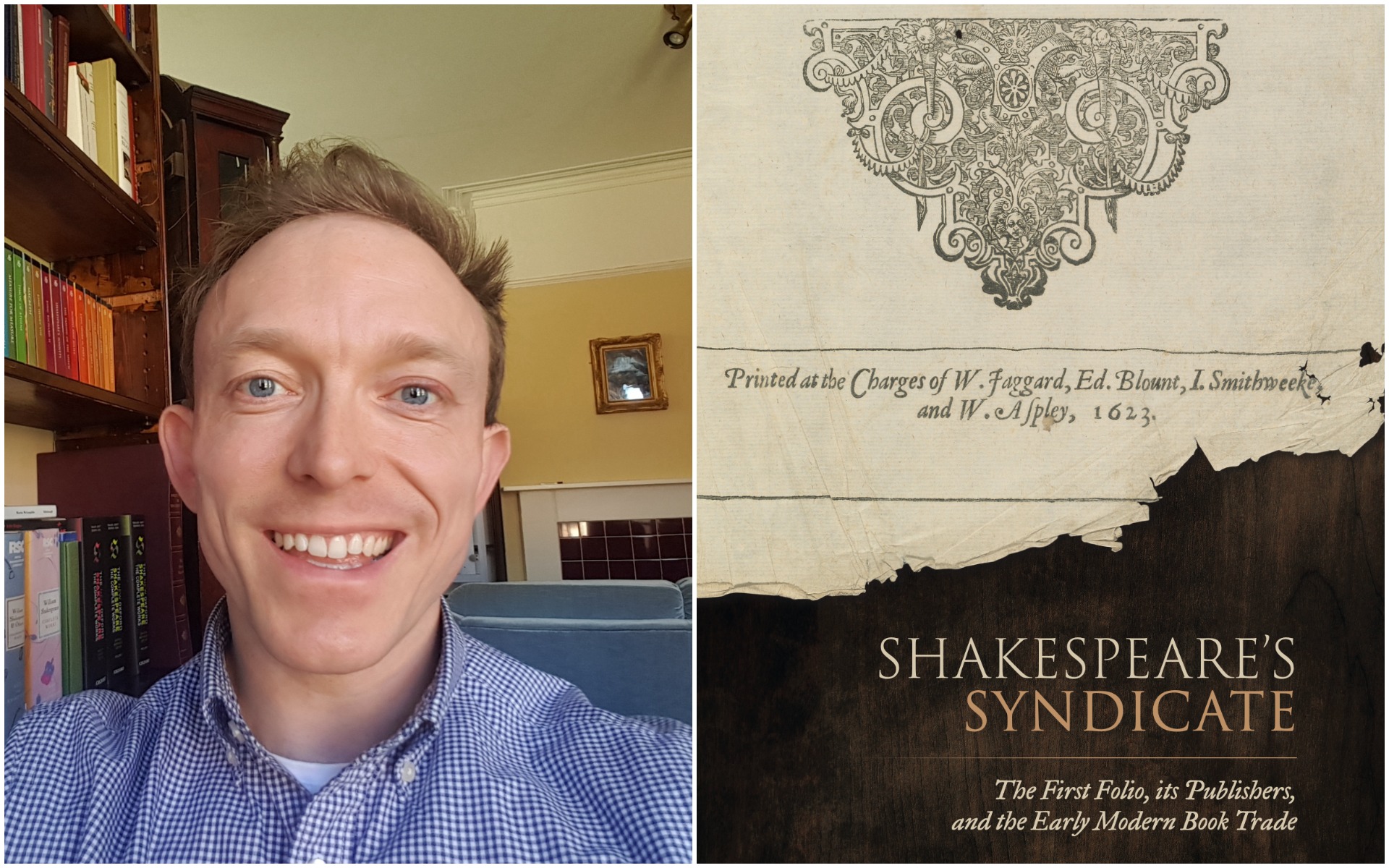 2023 marks the 400th anniversary Shakespeare’s The First Folio. Dr Ben Higgins, Career Development Fellow at LMH, published his book “Shakespeare's Syndicate: The First Folio, its Publishers, and the Early Modern Book Trade” last autumn. Dr Higgins revises current theories about the early reception of the First Folio and the role this book has played in organising our understanding of Shakespearean textual authority.

Please find below a book’s description and a short interview with Dr Higgins about his publication from September 2022.

Description of the book

In 1623 a team of book trade figures published what has become the most famous volume in English literary history: William Shakespeare’s First Folio. Who were these publishers and how might their stories relate to those found in book they created? In Shakespeare’s Syndicate, Ben Higgins offers a radical new account of the First Folio on the eve of its four hundredth anniversary by focusing on the publishing businesses that made the volume. Drawing on a host of fresh primary evidence from a wide range of sources, including court records, manuscript letters, bookseller’s bills, and the literature itself, Shakespeare’s Syndicate illuminates our understanding of how this landmark volume was made and what it has meant to scholars since.

Moreover, it models exciting new ways of working with stationers and of reading the event of early modern publication itself. This innovative study demonstrates that despite four hundred years of history, the volume at the centre of Shakespeare's canon continues to generate new stories.

What inspired you to create this book?

I’ve always been fascinated by the First Folio – this volume that contains Shakespeare’s collected works and around which so many myths and beliefs cluster. My own book emerged from two main interests. The first was a biographical fascination in the neglected or marginal figures who enabled Shakespeare’s success but who have tended to be lost in literary history. I also had a second, more niche interest in some methodological problems that had to do with how early modernists have used stationers to think about literary issues.

What you did you learn during the creation of this book?

Lots! Book trade figures tended to die in great poverty, for one. I was also struck by how much fresh material there is to discover about those who made Shakespeare’s Folio, perhaps because they have tended to be overshadowed by writerly stardom. Archival documents preserve some mesmerising fragments of information about these figures and I loved assembling all this research into a new story about the texts of Shakespeare’s plays. This being my first book, I also learned a lot about writing itself.

Why did you enjoy creating this book?

I had a wonderful time writing this book. Part of that had to do with reconceiving a project that had originally been a doctoral thesis – it was hugely satisfying to rewrite that project without all the defensive concerns that can feature in doctoral work. I also loved the research trips: having a reason to hunt through archives in America, Europe, and elsewhere was a treat. I was also conscious of the number of important books out there about the First Folio, and so I enjoyed the challenge of finding something fresh and new to contribute to this field of scholarship.