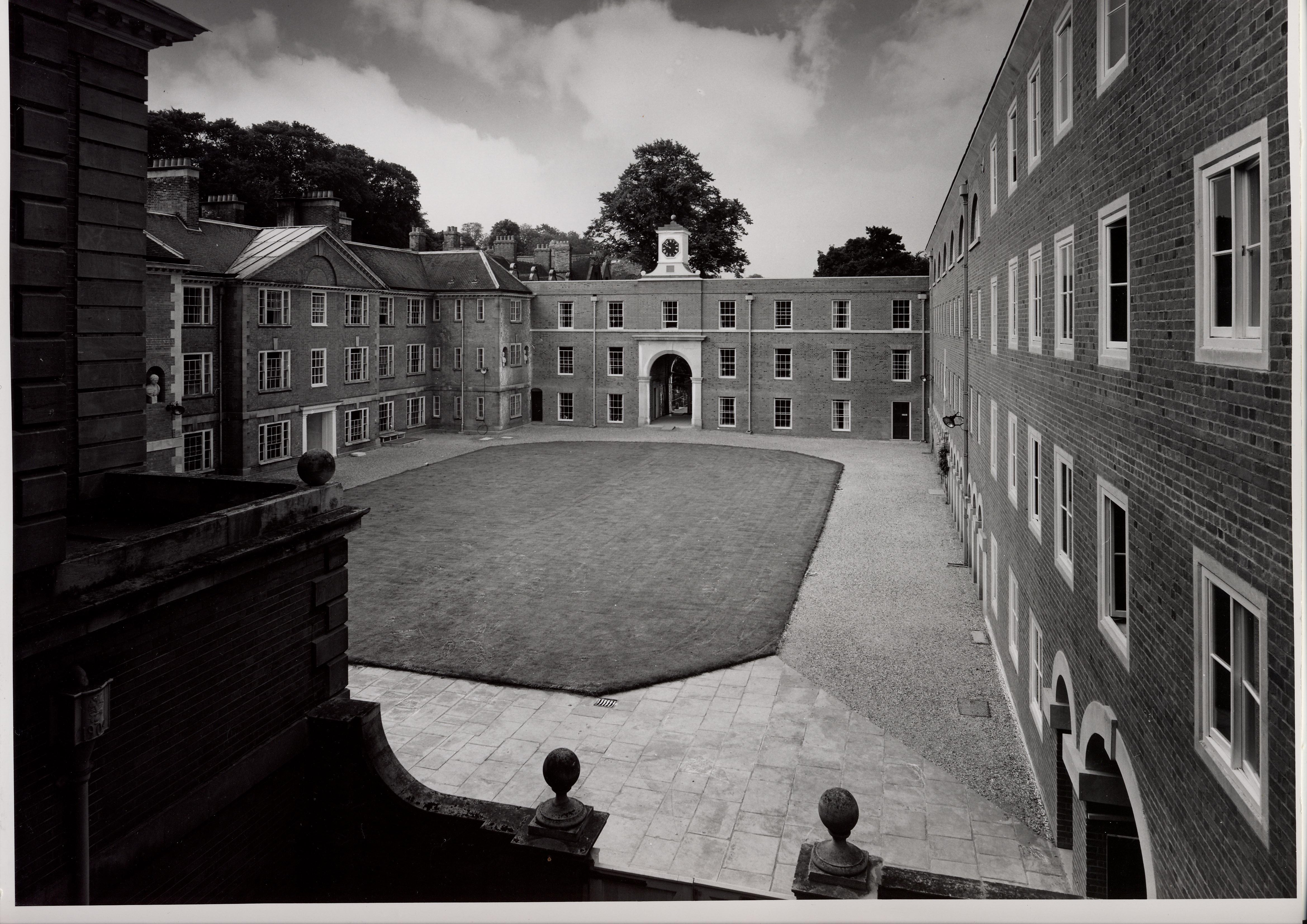 The LMH gardens were gleaming in October sunshine as the newly matriculated young ladies (no men in 1962, of course) assembled on the lawn and sat themselves on the grass in small groups, gazing up at the roof. An expectant hush fell as the figure of Mr. Phipps emerged from behind one of the chimneys.

‘Ladies,’ he announced, ‘I shall now demonstrate the chute,’ and he proceeded to throw out a large canvas tube which uncoiled itself down the entire height of the building  until the open base of it was about ten feet from the ground. The air was rife with speculation.

‘You must remember,’ continued Phipps, ‘to brace your knees as you come down. I shall now demonstrate.’

Feet first, he inserted himself into the tube, knees duly braced, and we watched enthralled as his muffled voice announced,

‘Ladies! I am now in the chute.’ This was indeed very clear as, like a python which has swallowed something rather too large for it, the chute bulged as the body inside slid slowly and inexorably downwards until the luckless Mr.Phipps was catapulted out to a round of applause. I am ashamed to say that I was laughing too much to check that he was none the worse for wear – but I am sure he would have been on his rounds of the College perimeter with his Alsation that evening as usual, ready to repel any young men intending to enter or leave the building under cover of darkness.