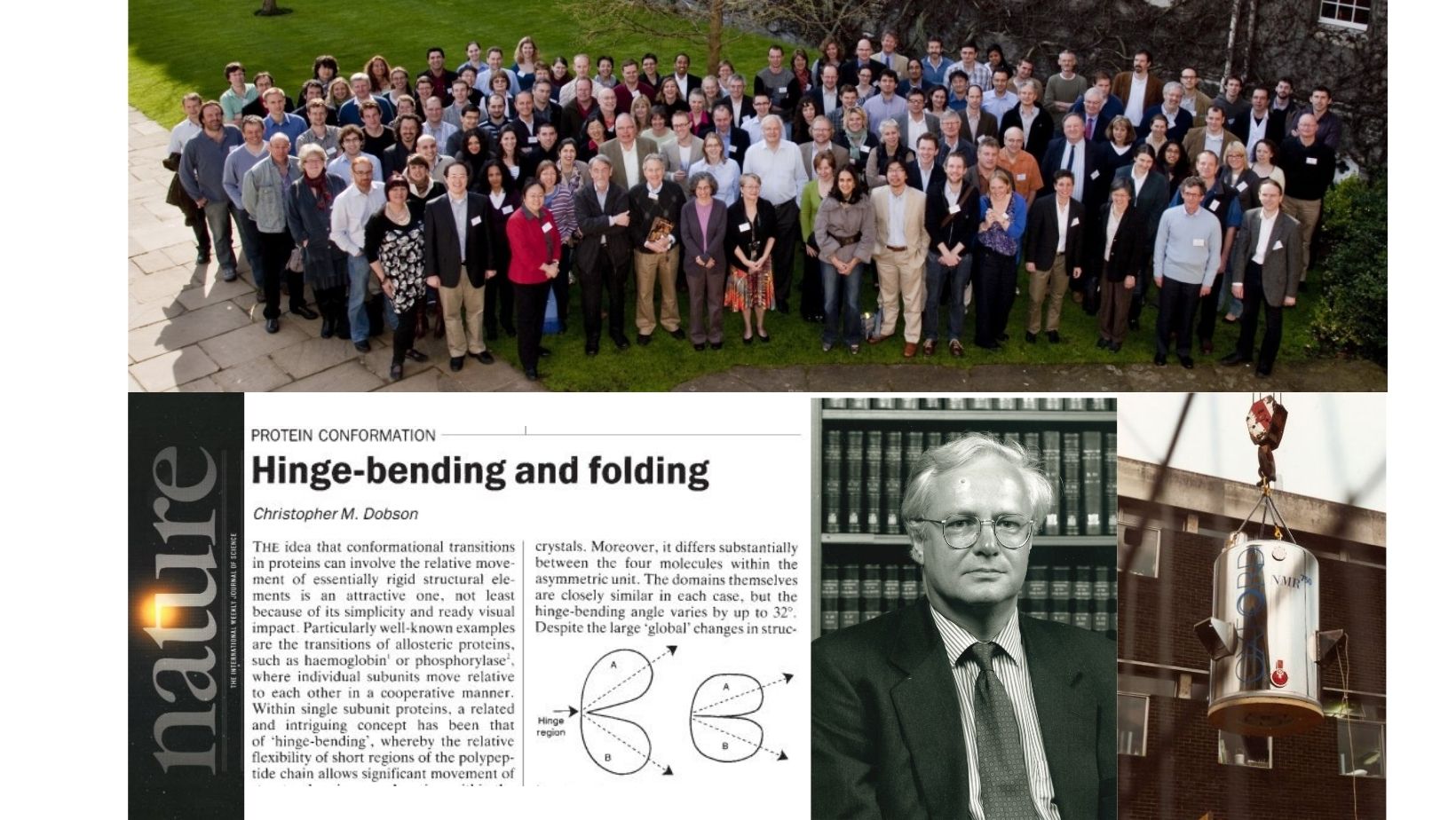 Despite his numerous prestigious awards and the Knighthood conferred in the 2018 Queen’s Birthday Honours List for his contributions to Science and Higher Education, Chris remained “Chris” to the many he tutored at LMH and whose research he nurtured in the nearby labs, not just those working in the Dobson Group.

Following his Chemistry degree at Keble College Oxford, Chris obtained his DPhil in 1976, working with the late Professor R.J.P. Williams on early studies to determine the structure and dynamics of proteins in solution using nuclear magnetic resonance (NMR) spectroscopy. After research fellowships at Merton and Linacre, he was appointed Assistant Professor of Chemistry at Harvard University in 1977.

Chris returned to Oxford in 1980, as a University Lecturer in the Chemistry Department and a Fellow of LMH.  Chris’ tutorials on inorganic chemistry with LMH (and Brasenose, under a joint teaching arrangement) chemists and biochemists were never dull and kept undergraduates on their toes.  However much one thought one had understood the topic, Chris could always take the questions that one bit further… Sitting in Chris’ spacious book-lined room next to Talbot Hall with his desk piled high with papers, looking out over the beautiful LMH gardens down to the river, will be a common memory shared by many.  He took his duties as “Moral Tutor” seriously, always interested in what else students were doing in Oxford and, with his gentleness and tact, steered many to find the correct balance between extra-curricular activities and study as Finals approached!

Chris’ research interests, after returning to Oxford, ranged from topics as diverse as the folding mechanism of proteins, including lysozymes and other amyloid forming proteins, the hydration and silicate polymerisation of cements, to the dynamics of crystalline penicillins. These studies all relied on state-of-the art solution and solid-state NMR spectroscopy. Chris was fascinated by so much: if an experiment had not produced the expected results, he always wondered why what this might mean.

He was a true optimist and great thinker ‘outside-the-box’.  In 1981, Chris was awarded the Corday–Morgan Medal and Prize, awarded by the Royal Society of Chemistry, for the most meritorious contributions to experimental chemistry, the first of over 40 academic honours he went on to receive.

Chris was a founding member of the Oxford Centre for Molecular Sciences, an Interdisciplinary Research Centre, established in 1988, which pioneered a multidisciplinary and collaborative approach to the study of important problems in biochemistry and chemical biology. He served as co-Director of OCMS from 1988 and then as Director from 1998. Chris’ interests in protein folding and misfolding, and their importance in disease, continued to develop during this period. Chris was promoted to Professor of Chemistry in 1996, the same year he was elected a Fellow of the Royal Society.

After 21 years at LMH and Oxford, Chris moved to the University of Cambridge as the John Humphrey Plummer Professor of Chemical and Structural Biology and then, in 2007, was appointed Master of St John’s College.  In 2012, Chris founded the Cambridge Centre for Misfolding Diseases and in 2016, co-founded a biotech start-up company with the aim to find new therapeutics for Alzheimer’s and Parkinson’s Diseases. Sadly Chris’ remarkable scientific career was cut short by his untimely death in September 2019.

Many tributes have been paid to Chris, a caring friend and wonderful colleague, all emphasising his warmth, good humour and time for everyone.  And yet, he found time to publish over 850 papers during his career: nurture nearly 100 LMH undergraduates (Chemists and Biochemists); lecture to, and inspire many more, in the Inorganic Chemistry Laboratory; and supervise more than 40 DPhils and many post-doctoral researchers in the Dobson Group - and bring up his two young sons, with his wife Mary.

LMH is now establishing the Chris Dobson Research Fund to recognise the profound impact he has had on the lives of countless students at LMH, and to continue his important and pioneering research into the structure, function and dynamics of proteins, the process of protein folding and misfolding and their role in diseases, all begun whilst he was in Oxford.

We hope that many of Chris’ former students and colleagues will join us in support of this exciting appeal. 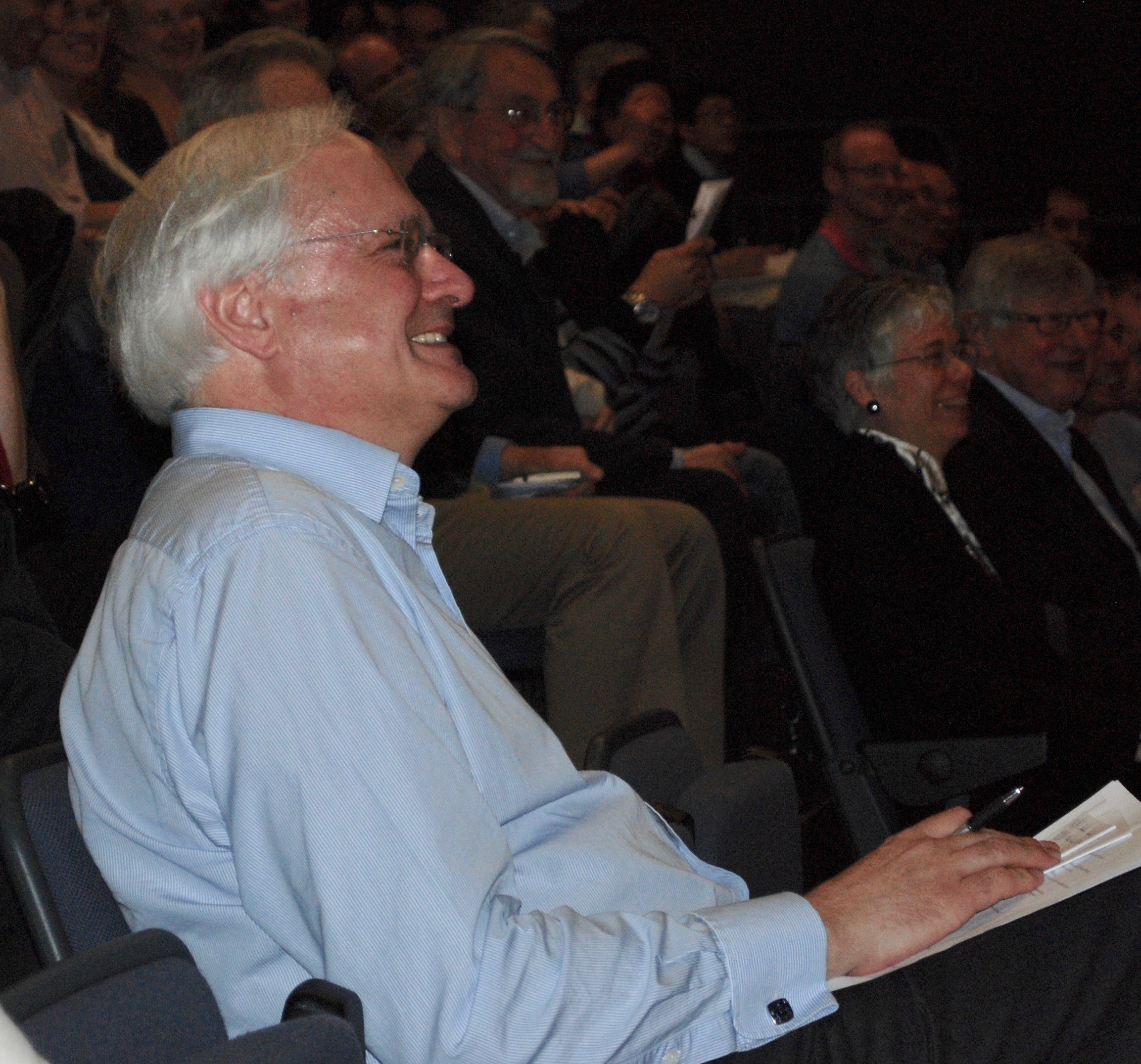