Robert Graves (1895–1985) was an English writer best known for his prose – the author of Good-Bye to All That, his memoir of the First World War, and celebrated works drawing on classical sources (such as his novel I, Claudius and his study of mythology and poetry, The White Goddess). But Graves was also a successful and highly influential poet, writing memorably about the War, antiquity and love. After hostilities ceased in 1918, he became a student at St. John’s College.

The LMH Library holds several signed copies of Graves’s poetry collections, all of which are inscribed by him to Sally Chilver, the former principal of the college and a close friend to the poet. His book Poems (top left) was given to her in 1946, the year of its publication, ‘with much love – Robert’, and his later Collected Poems of 1958 (bottom right) to Sally and her husband Richard ‘with love from Robert’ on St George’s Day. 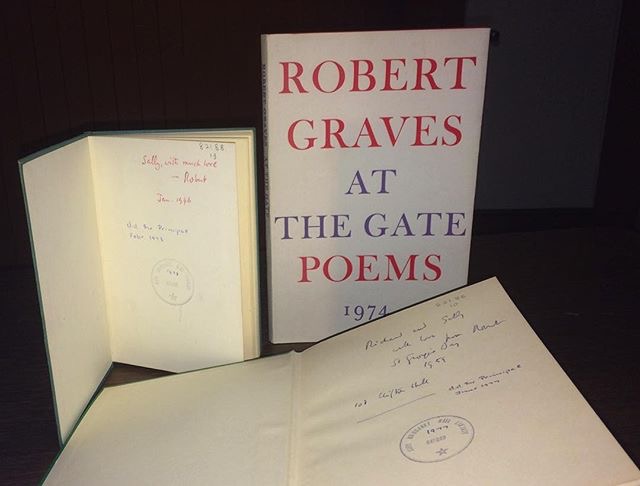