Henrietta Jex-Blake was the second Principal of LMH, from 1909 to 1921. This portrait by Philip de Laszlo confirms the description by one of the students at the time that she 'wielded a distant authority with elegance'.

"Miss Jex-Blake was very interested in music and the arts, and through gifts of furniture as well as overseeing interior decoration helped beautify the College. During the First World War, she encouraged the students to see their studies through rather than abandon them for war work. Her conviction that the country needed trained teachers and administrators, as well as female labour in factories and on the land, was one of the reasons why the great majority of LMH students in the war period finished their courses before going on, as many of them did, into Service, or to work in the War Office, the Cabinet Office, the Admiralty, the War Trade Intelligence Department, the Ministry of Labour and so on, or as Red Cross nurses, relief workers, or ambulance drivers." 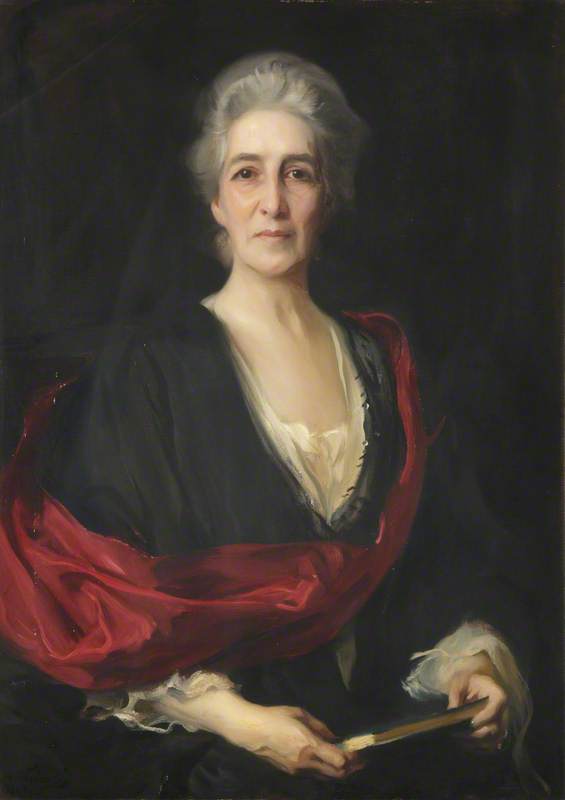