This photograph shows a painting of Evelyn Rodd (Lit. Hum.1917-20). The significance of this gift to LMH is explained by Evelyn’s daughter Lavinia Fleming in a letter to LMH. Evelyn Rodd is shown modelling the cap that won a competition to choose the one to be worn in 1920 by the first women graduates to be admitted to University degrees. The letter continues: 'She could wear ANY hat, and I imagine scores of undergraduates have had occasion to wish that it had been slightly easier to wear becomingly! It has been one of the main reasons we felt so strongly that the picture should go to LMH. It shows HOW to wear that cap becomingly'.

Evelyn Rodd (later Baroness Emmet of Amberley) had a distinguished and varied career in the service of the Conservative party. Among other things she was was elected Conservative MP for East Grinstead in 1955 and also became chairman of the National Union of Conservatives and chaired the Party's Annual Conference. She was created a Life Peer in 1964 and in 1966 was appointed Chairman of the Legal Aid Advisory Committee. In 1968 she was elected a Deputy Chairman of Committees in the House of Lords and 'thus became the first woman Conservative to sit on the Woolsack' (Times obituary).

This is the largest picture in the LMH collection and it is remarkable for a picture of this size to be painted in watercolour. This however makes it vulnerable to sun damage and for this reason it is hung out of direct sunlight on Deneke East staircase. 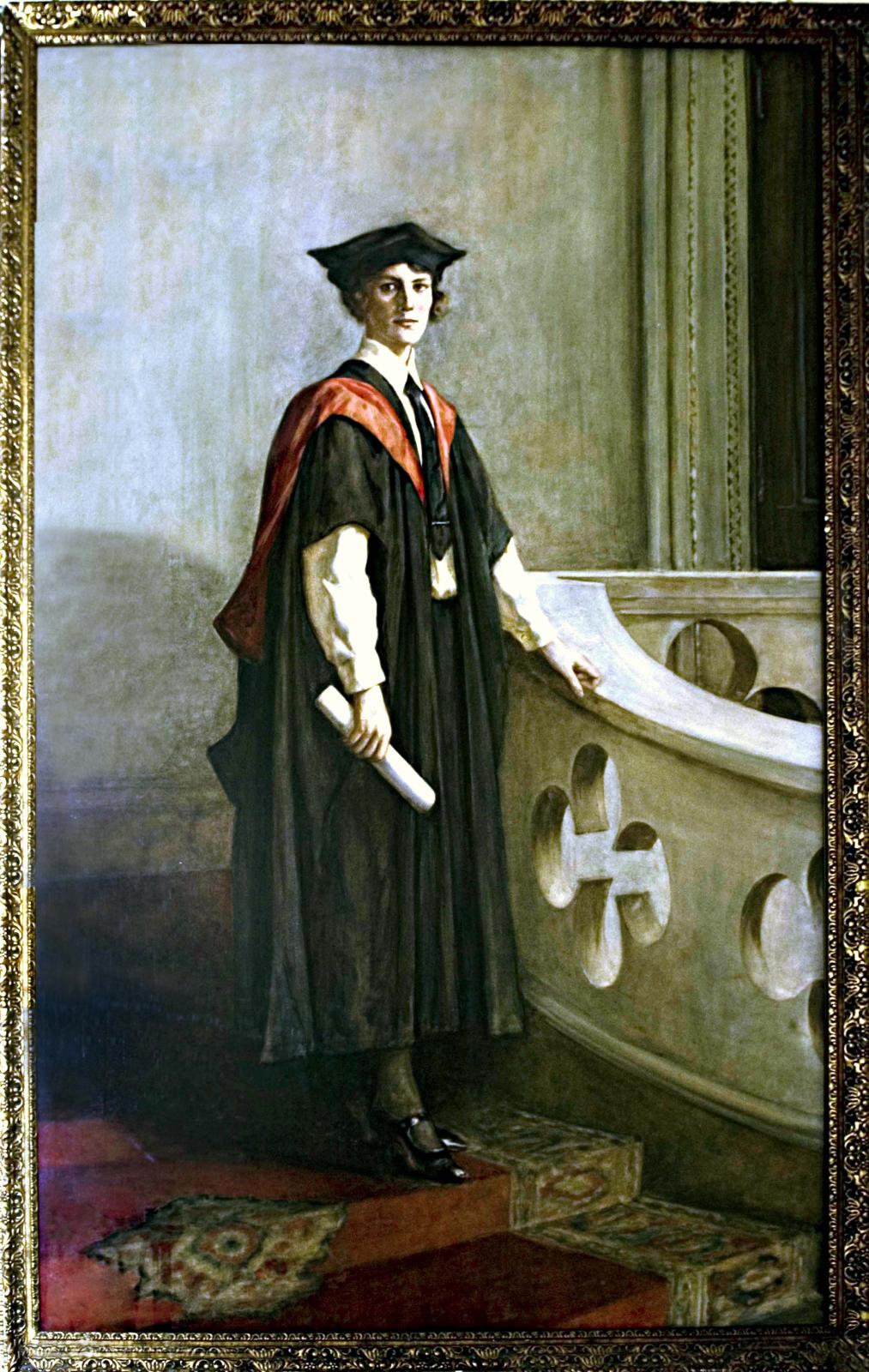