‘The Barnacle’ was an in-house publication of the Gosling Society (1859—1877). The novelist Charlotte Mary Yonge, a friend of the first principal of LMH, was the ‘Mother Goose’ of this society, which fostered female intellectual stimulation in a time before universities were open to women. In the top right side of this page (the cover page of the first issue of ‘The Barnacle’ from 1863), the ladies are shown distributing their magazine at a university. The caption reads: ‘Ye University do sue for a copy of ye famous Barrnacle’, suggesting the women’s desire to have an active presence at universities.

Each young lady wrote two pieces a month and sent them to Mother Goose, who then circulated the best around the society. Most of the pieces are essays or stories written in instalments but there are also poems, illuminations, drawings and jokes. Punctuality was very important to Mother Goose; she kept a record of when she received each essay and is often depicted in illustrations as a goose advocating punctuality. The contributors all had pennames, such as Albatross, Bog Oak, Mockingbird, Ladybird, Gurgoyle [sic] and Frog. Bog Oak (Anne Elizabeth Mary Anderson Moreshead) was one of the most active contributors to ‘The Barnacle’. 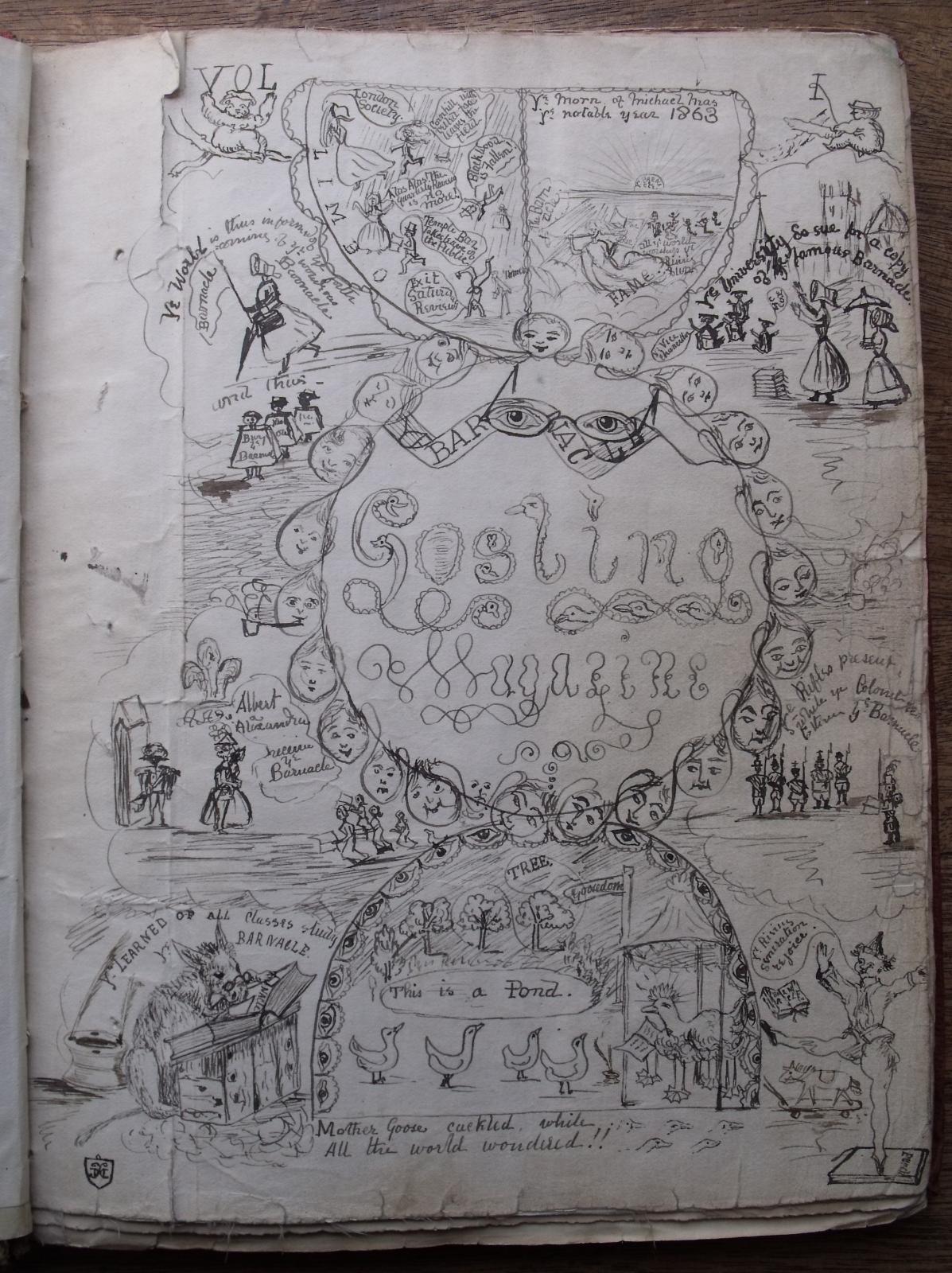