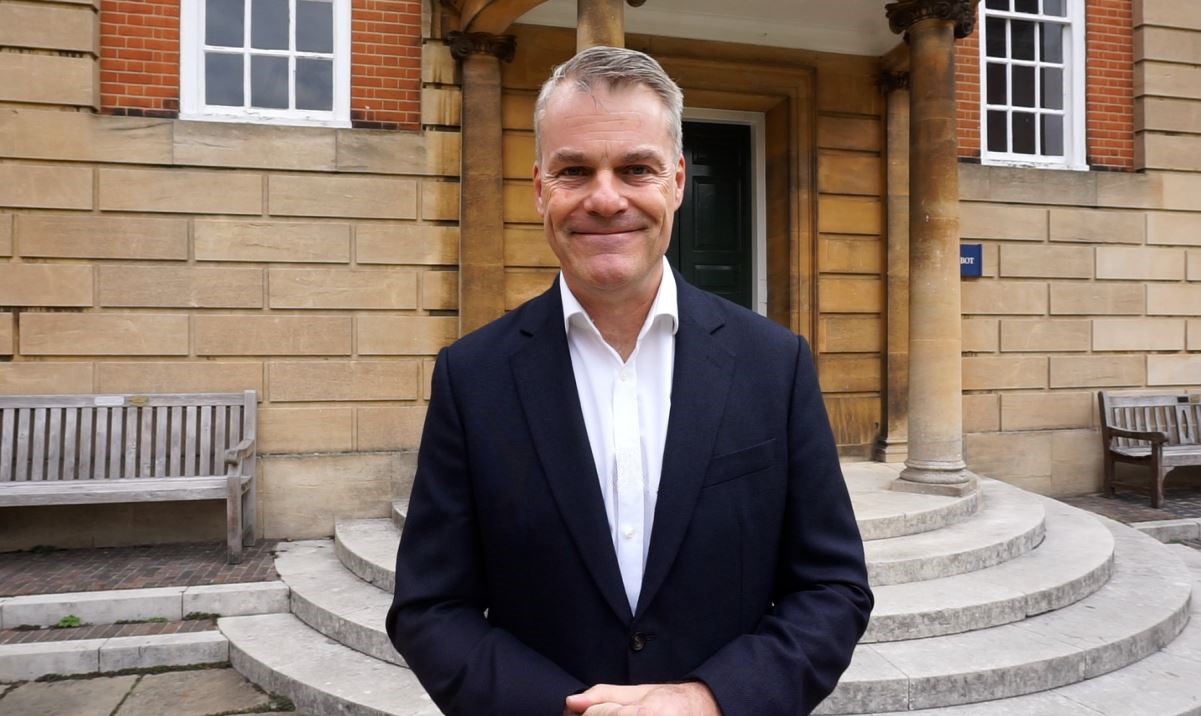 On 1st October 2022, Professor Stephen Blyth took over the role of Principal of LMH.

Most recently Professor of the Practice of Statistics at Harvard University, Professor Blyth graduated from Christ’s College Cambridge as 3rd Wrangler in the Mathematical Tripos and obtained his PhD in Statistics from Harvard. He began his career as a Lecturer in the Department of Mathematics at Imperial College London before moving to the financial industry where he held senior positions at Morgan Stanley and Deutsche Bank. In 2006 he returned to Harvard to take a leadership role at the Harvard Management Company (HMC), working directly to support and advance higher education. In 2014 he was appointed President and Chief Executive Officer of HMC, responsible for the management of the University’s endowment of approximately $41 billion (c. £30 billion), the world’s largest.

Professor Blyth’s dedication to his students has been recognised by several awards for excellence in teaching. As endowment chief, professor and alumni leader, he has been committed to reducing barriers to higher education, increasing access and developing academic talent regardless of background.

Professor Blyth said “I am honoured to have been elected by the Governing Body as the next Principal and am delighted to be joining LMH. I look forward to working together with the Fellowship to support, strengthen and champion the pioneering academic mission of the college. I admire LMH’s bold initiatives in recent years and its achievements in diversifying access to an Oxford education. Founded with the goal of opening education and career opportunities to the previously excluded, LMH is a distinctive academic community which transforms lives and tackles pressing challenges facing higher education.”

Stephen and his wife Fiona are delighted to be joining the LMH community. He will be officially installed as Principal in the College Chapel on Friday 7th October in front of members of Governing Body.