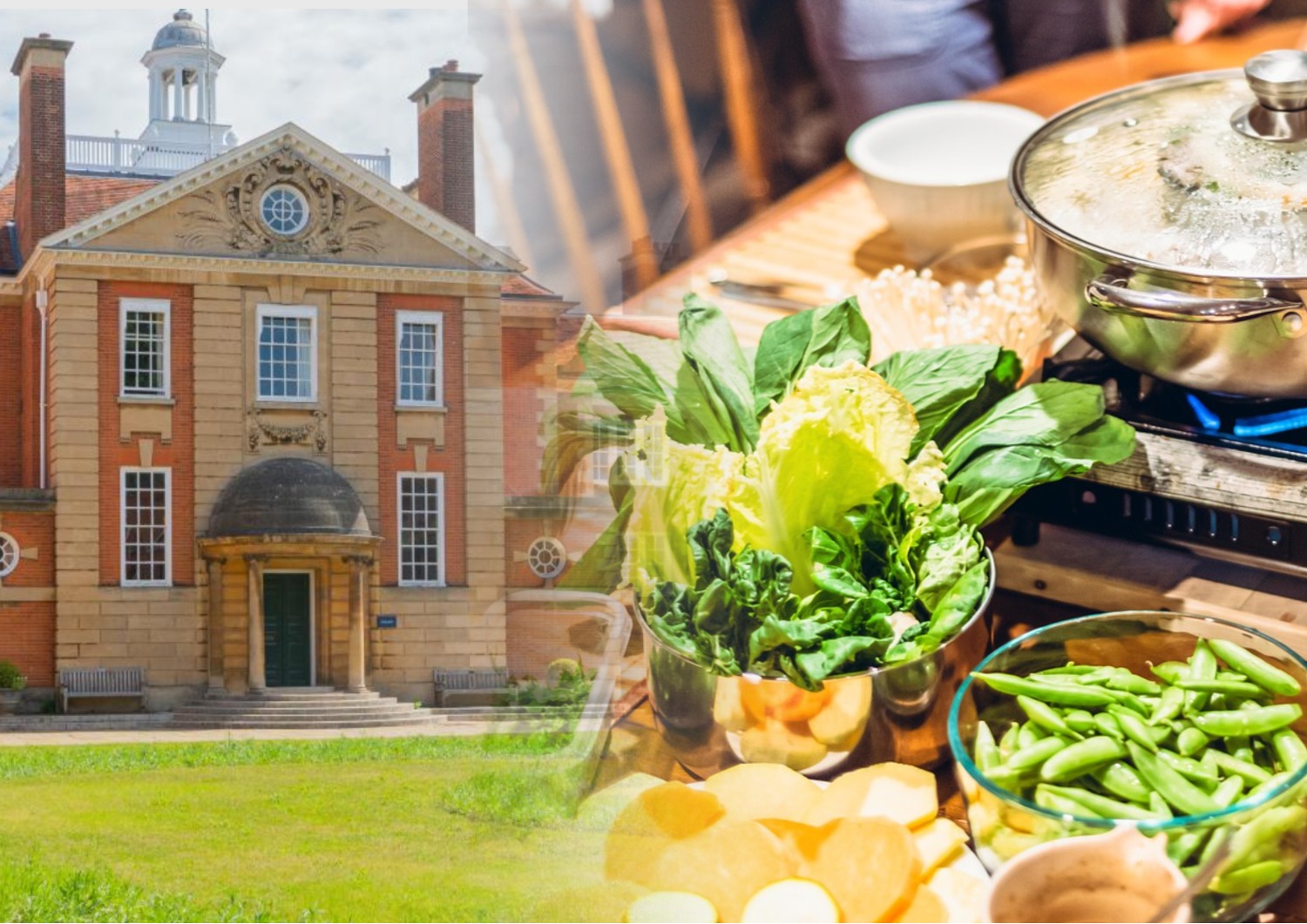 LMH has taken part in a study published in Nature Food on 12th January showing how organisations can develop a bold roadmap for delivering reduced biodiversity impacts from their food consumption.

Researchers from Oxford and Kent Universities and Wild Business Ltd state that organisations can make genuine positive contributions to make their catering more sustainable though it will take extremely ambitious action to come close to fully mitigating biodiversity loss within the current food system.

Food systems are a major driver of global biodiversity loss, with 1/3 of the earth’s land used for agriculture. Changes to both food production systems and consumption (on the part of organisations and individuals) are essential for halting this loss. The study applies a practical four-step approach that any organisation can use to reduce the damage to biodiversity caused by how they buy and use food. The study demonstrated how to apply these steps in a real-world environment, using Lady Margaret Hall’s canteen, whilst also taking into account the fact that food is very important to the people living and studying the College, so any changes must be supported by the people affected.

The study found that it was theoretically possible for Lady Margaret Hall to reduce the impacts of their food on biodiversity by 79-88%. However, when socio-economic constraints were factored in, a 37-42% impact reduction was more realistic. For example, without considering the effects of changes on people's behaviour, the impacts may simply be transferred elsewhere – such as students choosing to buy biodiversity-damaging coffee and cake elsewhere if it's not available at the college canteen.

This gap between what is theoretically possible and what is socially feasible is very important, as it highlights the ongoing need for wider systemic change. A suggested target of reducing the impact of Lady Marget Hall's catering on biodiversity by 75% by 2035 could balance the ambition of a single organisation against the considerable systemic changes needed. However, whatever target is set, action needs to start immediately, because the impact of food on biodiversity is cumulative, meaning that a slow start now will require more work to restore damaged ecosystems later.

“It has been great to work closely with Lady Margaret Hall's staff to get an understanding of what is and isn't possible for them in terms of reducing the impact of their catering. Every organisation can take steps towards making their food more sustainable, and our study gives a framework for doing this in a transparent way that allows progress to be tracked, and that gives caterers options for how to reach their targets in a way that works for their community. The more organisations make Nature Positive commitments, and the more quickly they start to act on them, the sooner we will have the critical mass of demand to catalyse the food system transformation that we, and the planet, desperately need."

In response to the work with the researchers, Lady Margaret Hall has taken on a Net Managed Loss approach to its biodiversity impact, with targets to be reviewed as more radical action becomes possible and acceptable to their users.

“When we started this project we hoped to better understand our impact and find a pathway to deliver net gain to biodiversity in our canteen’s operations by 2035. We still want to do what we can without displacing the biodiversity impact of our food onto other retailers. We decided that we needed to start straight away by managing the biodiversity loss we create and develop that to a positive position for our community and visitors as soon as we can: we now have the knowledge to be able to plan for that.”

“Organisations shouldn’t abandon good in the pursuit of perfect. Even if biodiversity net gain is not achievable for food in the immediate future, organisations can still work to measure, disclose, and reduce their negative impact to put themselves on a pathway towards net gain. We hope that this case study will show them how to do that, and in the process they’ll send important signals to their users and to their suppliers that will help to shift the dial on systemic change.

“By transparently publishing the results, Lady Margaret Hall is one of several organisations making a crucial contribution to the system change needed for Nature Positive to become a reality.”