In spite of long hours with a crammer,
I never get more than a Gamma,
But the girl over there
With the flaming red hair
Gets Alpha Plus every time, damn her!

Lucy Barbara Bradby (1873 -1961), always known as Barbara, was the heroine of this limerickand the first woman to achieve first class honours in both classical moderations and Greats. She was the daughter of a headmaster of Hailebury College and went up to LMH in 1892 as a Scholar. Apart from her intellectual achievements, she became LMH hockey captain, tennis champion and head of the Boating Club. She was said to be the first woman to ride a bicycle to lectures. Barbara was known for her 'intensely penetrating blue eyes and her beautifully abundant, copper-red hair'.

In 1901 Barbara married John Lawrence Le Breton Hammond (1872-1949), a friend of William Rothenstein (the author of the painting). This chalk portrait dates from 1908, when Barbara would have been thirty three years old. The Hammonds were influential social historians and wrote eight books together between 1911and 1934. They are best known for their trilogy - The Village Labourer (1911), The Town Labourer (1917) and The Skilled Labourer (1919), which presented the Industrial Revolution as a disaster. 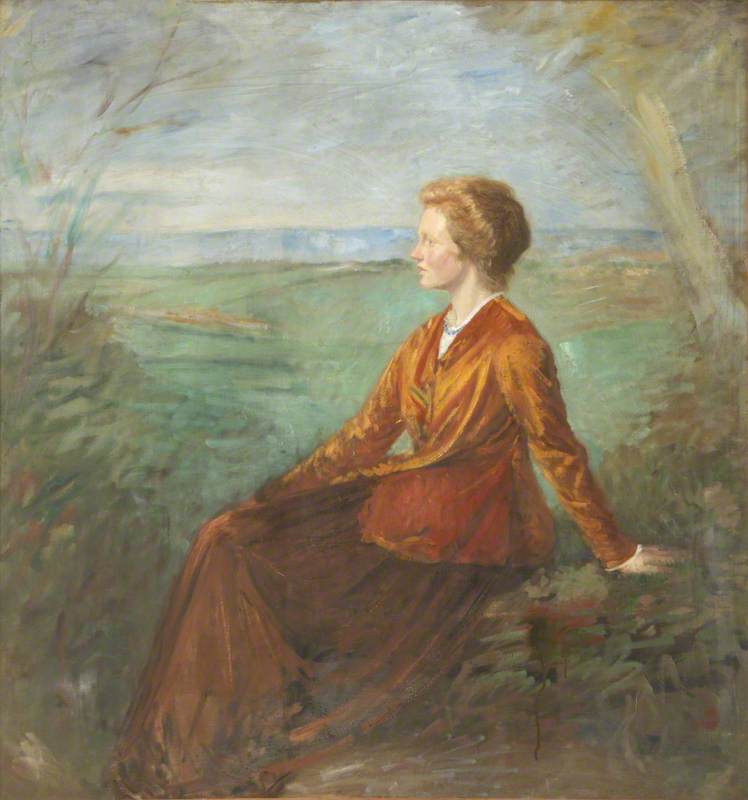