Congratulations to Ben Hales, Ancient and Modern History undergraduate student, who was awarded one of the Oldham Scholarships by the Classics Faculty for travel to ancient classical sites. He visited Athens and Delphi in the summer and you can find his travel report below. 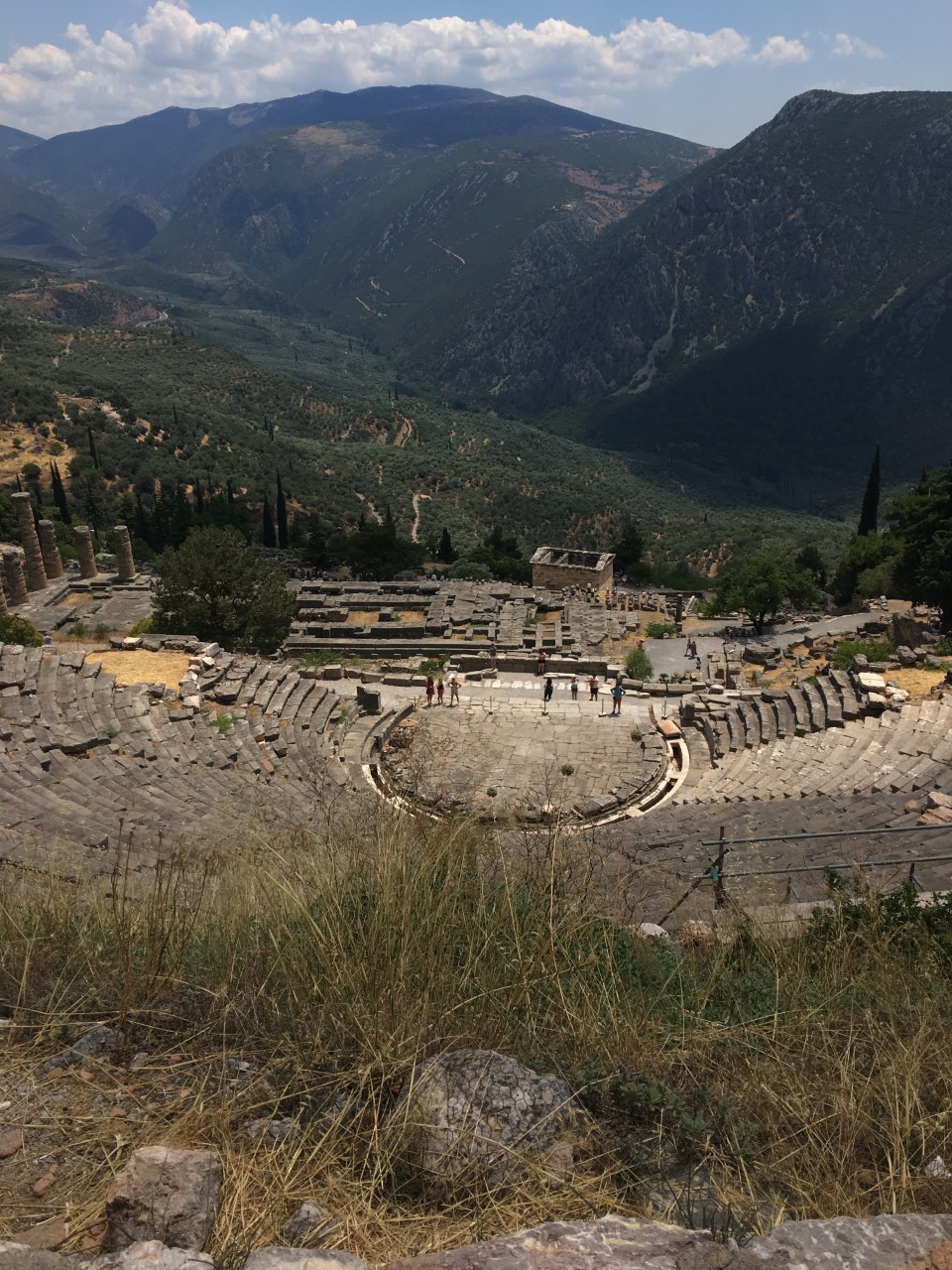 In the roasting Attic summer of July 2019, one intrepid (and perhaps somewhat foolish) LMH AMHer embarked on a journey to uncover as much of Classical Greece as 400 generous Euros from the Classics Faculty could buy. I planned the “classical” (I know, hilarious) Greece trip in many ways, 3 days in Athens to see the capital, its museums and of course its Acropolis, which to this day dominates the city, the ancient overlooking the modern. I’d also decided to take a detour on my third day a little outside of Attica, to a little-known mountain town the locals informed me was once known as “Delphi”. Never heard of it.

Following some settling in, I begun to explore the city of Athens. Of course, this entailed a trip to the Acropolis. I trekked the course to the top, paying particular attention to Hellenistic sites. Indeed, it is one thing to hear of the manner in which the Hellenistic monarchs would vie to shower benefactions on the old world of Greece proper, quite another to be confronted with the remains of the Stoa of Eumenes, still enough of which is present to give an indication of the vast effort poured into courting one of the Hellenistic world’s cultural centres. Coming to terms with the physical remains of public theatres, the Parthenon and later the Agora brought my academic studies directly home, as the pictures dotting the literature I have read became the reality I saw directly before me. It was also rather amusing to find a plaque claiming to represent where Diogenes used to sit. Famously upon being visited by Alexander the Great, the most powerful man in Greece and soon to be conqueror of the known world and more, Diogenes, who lived in a wine barrel, told the king he was blocking his light and to get out of the way. You really can’t impress some people. Keen to make much of the classical tourist trade, a local bar had even named itself “Diogenes Restaurant”, I hope with no idea how terrifying the idea of Diogenes running a restaurant actually is.

On the third day of my trip, I decided to move beyond Athens and visit Delphi, now accessible ever since the train line was sold off by a 4 hour bus journey. Arriving at midday, I was able to wander the remains of the religio-political centre which defined so much of the history of the Greek-speaking world. Indeed, Alexander is said to have tried to force Pythia to pronounce for him, until while being dragged she exclaimed ἀνίκητος εἶ ὦ παῖ. At which point Alexander decided he had what he came for at left. My experience was a little less violent, but nonetheless fascinating. Delphi is exceptionally well preserved, the local museum holding a colossal array of archaic, classical and Hellenistic offerings, and also a significant amount of epigraphy. Having studied the Roman intrusion in the Hellenistic world, I was particularly pleased to discover the plinth upon which L. Aemilius Paullus put an equestrian statue of himself after the defeat of Perseus at Pydna in 167. The Macedonian king had originally wished this pillar to glorify his own achievements, but Paullus had other ideas. The Greek is overlain with a bold Latin inscription, ”Lucius Aemelius, son of Lucius, Imperator, set this up from the spoils which he took from King Perseus and the Macedonians.” So the Hellenistic world was eclipsed by the Roman.

The final day of my trip involved expanding a little beyond my Hellenistic brief to view some of the Roman sites in the city. Notably, I went to the Roman agora and the Tower of the Winds. Considered a proto-meteorological station, the Tower of the Winds, either a 50BC or in fact an earlier second century construction. Either way, its remains, which once included sundials and a water clock, are a testament to the engineering prowess of the ancients that we are still surprised by as we uncover it today. It was a perfect way to round off a highly educational and deeply enjoyable sojourn to one of the birthplaces of Western civilisation.