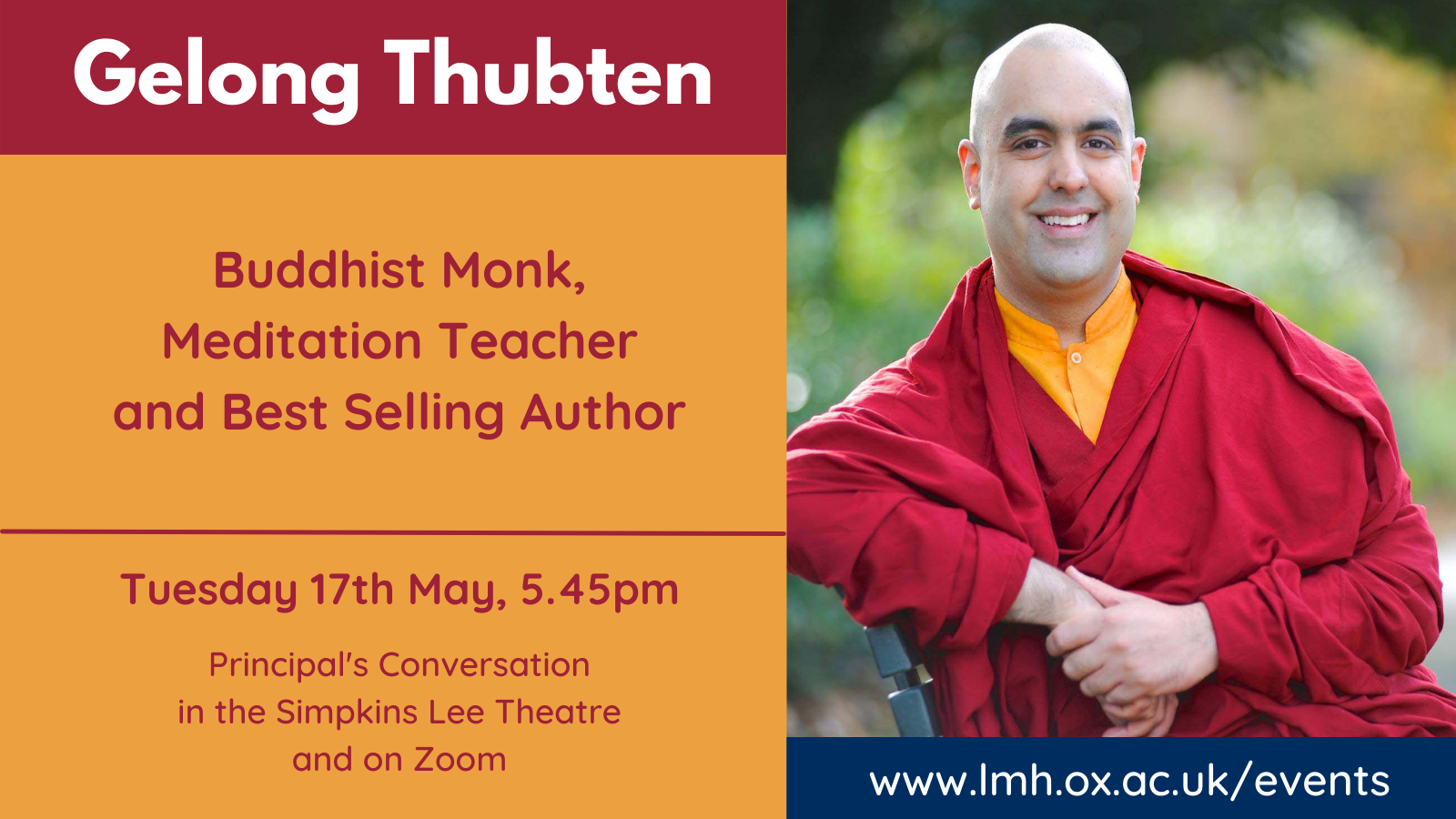 Gelong Thubten is a Buddhist monk, meditation teacher and author from the UK. Previously a student at LMH, Thubten became a monk 29 years ago at Kagyu Samye Ling Monastery in Scotland and has spent over six years in intensive meditation retreats, the longest of which was 4 years long. He is Director of the monastery’s Yorkshire branch and a Trustee of the humanitarian aid charity ROKPA International.

Thubten is now regarded as one of the UK’s most influential meditation teachers, with pioneering work teaching at universities, schools, global companies such as Google, hospitals, prisons and addiction rehabilitation centres. He has given talks at Oxford University and for the United Nations, and he trains medical students, doctors and nurses in mindfulness.

He collaborated with Ruby Wax and neuroscientist Ash Ranpura on the book ‘How to be Human’ and his own book, ‘A Monk’s Guide to Happiness’ became a Sunday Times bestseller and is now published in 12 countries. His next book, ‘Handbook for Hard Times’, will be published in 2023.

At this free event Gelong Thubten will be interviewed by the LMH Principal Christine Gerrard in the Simpkins Lee Theatre.