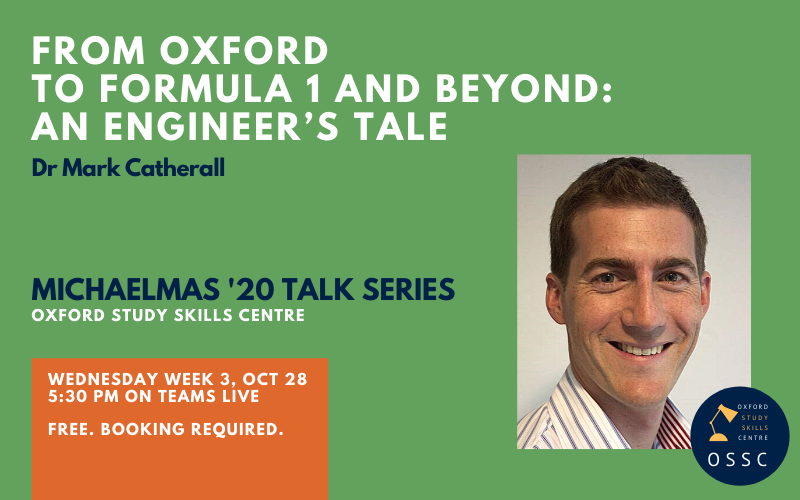 A talk by Dr Mark Catherall

Mark studied for an undergraduate degree in Engineering Science in Oxford before getting a job in an F1 team, returning to do a D.Phil. only after 2.5 years of work. During his D.Phil. he continued to work as a consultant in Formula 1. Since being awarded the D.Phil., Mark has set up his own simulations company and continues to work both on academic mathematical/engineering projects as well as solving business and commercial problems.

This talk is part of the Michaelmas Term Talk Series at the Oxford Study Skills Centre at LMH.