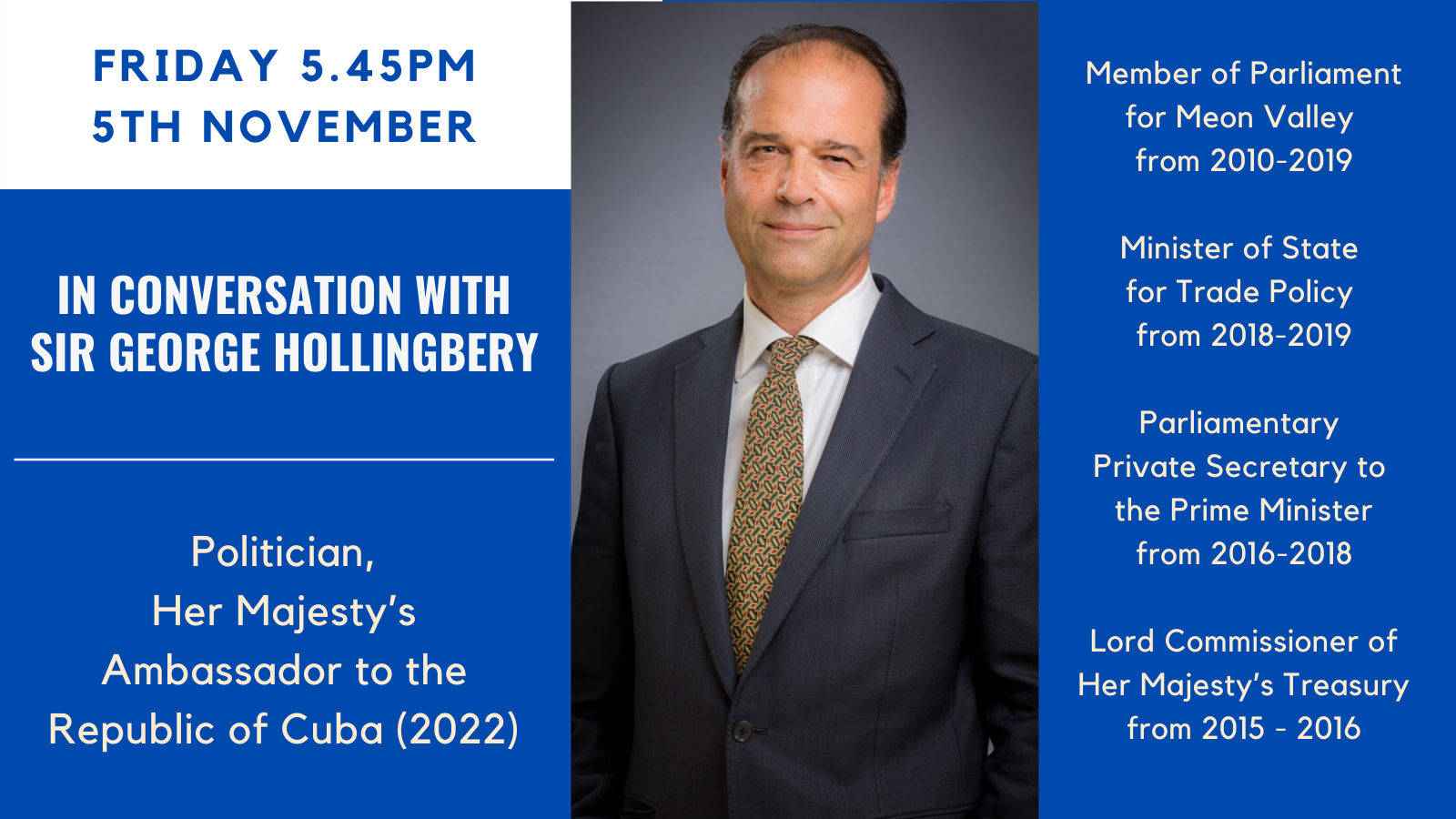 Sir George Hollingbery has been appointed as Her Majesty’s Ambassador to the Republic of Cuba. He will take up his appointment in early 2022.

George was a Member of Parliament (Conservative) for Meon Valley from 2010-2019 and Minister of State for Trade Policy from 2018-2019. His previous roles also include Parliamentary Private Secretary to the Prime Minister and Lord Commissioner of Her Majesty’s Treasury.

This free hybrid event will be taking place on Zoom and in the Simpkins Lee Theatre.

Book your in-person tickets on Eventbrite.

Register to join this event online