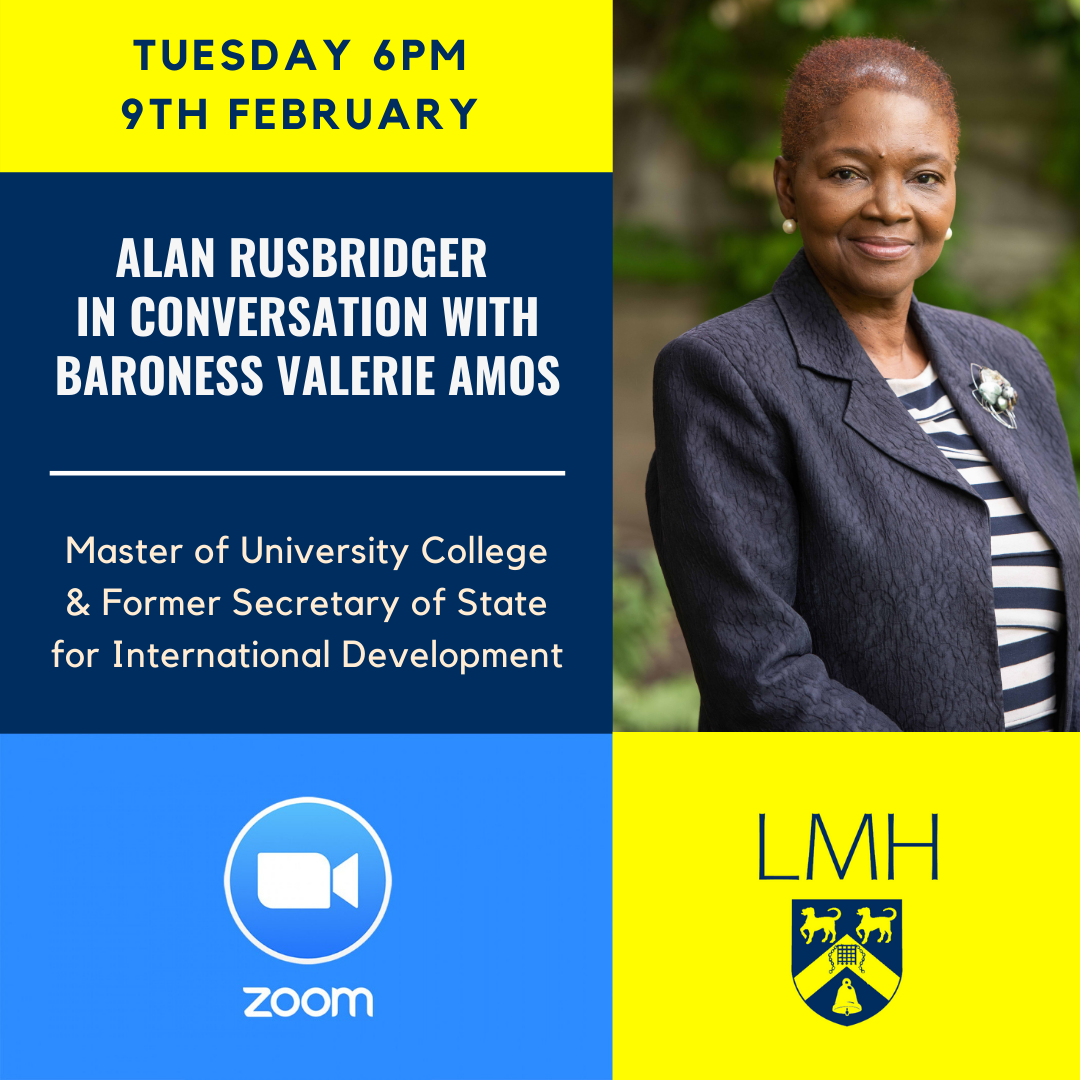 Baroness Valerie Amos is the Master of University College Oxford. She was appointed a Labour life peer in 1997 and was the first black woman to serve in a British Cabinet as Secretary of State for International Development. She went on to become Leader of the House of Lords. She has consistently sustained an interest in, and commitment to, issues of equality and social justice. Baroness Amos’ career has spanned local and national government in the UK as well as global leadership in her role as Under Secretary General for Humanitarian Affairs at the United Nations. Baroness Amos also served as UK High Commissioner to Australia and between 1994 and 1998 worked extensively in South Africa.

Her work in the voluntary and charity sector and in non-governmental organisations has gone hand in hand with her policy and political work. In addition to being a patron of the Amos Bursary, Valerie sits on the board of the Mastercard Foundation, the UN Foundation, and the Mo Ibrahim Foundation. She is also a board member of the Whitaker Peace and Development Initiative, Institute of Government, and Grenfell Foundation.

Register for this event