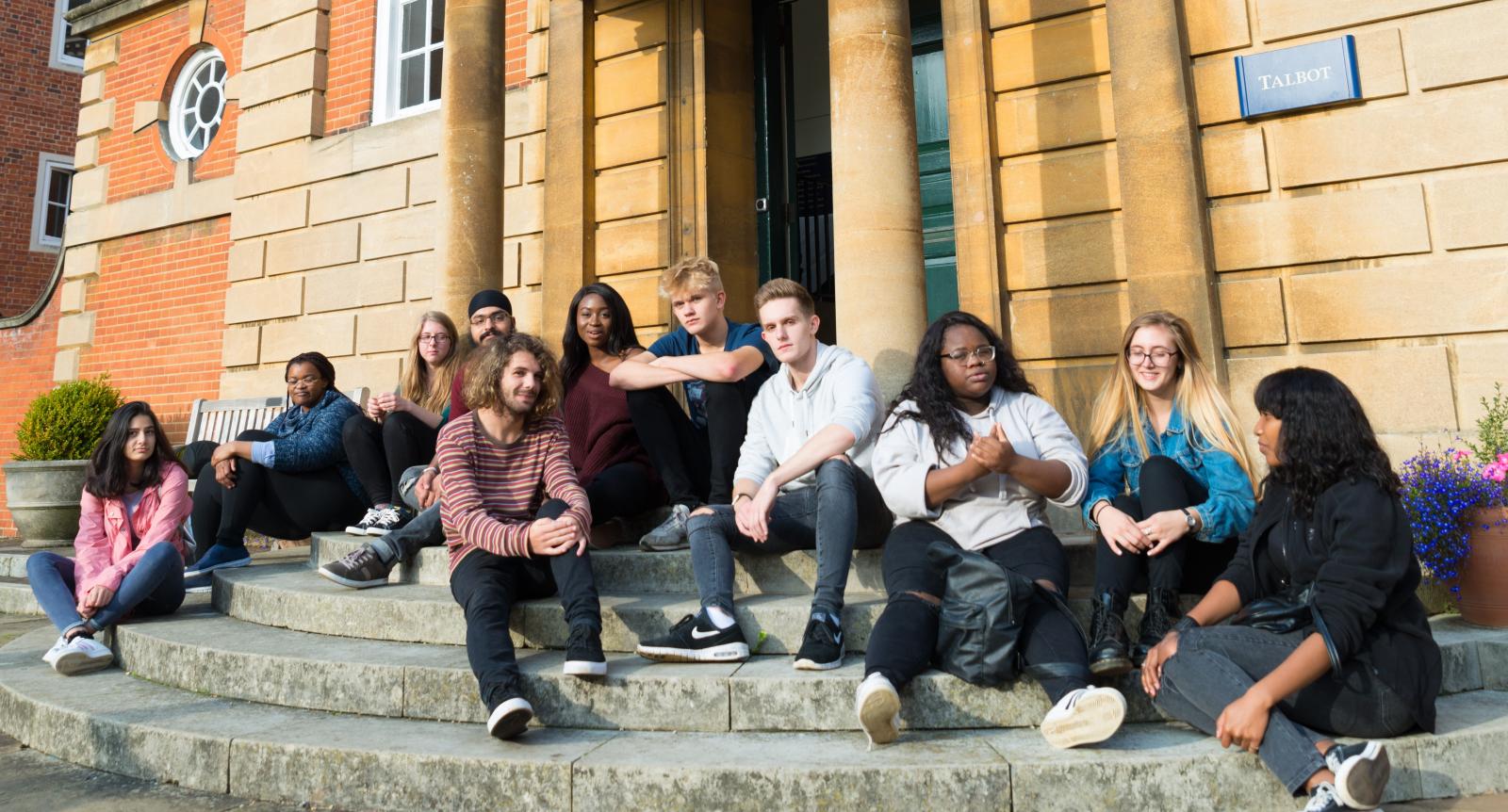 For a long time – centuries in fact – there has been little detailed publicly available data about who gets to be a student at Oxford.

If, as a student, you wanted to find out which colleges were most open towards state school applicants, for instance, you’d most likely arrive – via Google -  at a “Choose your Oxford college” page with information that was a good 10 years out of date.

Today that all changes. For the first time the university is releasing a huge amount of data about whom we admit to Oxford. You can search it college-by-college as well as subject-by-subject. You can slice it by region, disadvantage, gender, ethnicity, state schooling and more.  Where once we had only the Norrington Table – ranking colleges by exams results – now we have a much more textured view of the ethos of each college and faculty.

To state the obvious: it’s hard to win a place at Oxford. In 2017 – the last year for which data is being released – nearly 20,000 students were chasing 3,270 places. 40 per cent of those admitted had at least three A levels at A* grade.  A great many academically able students will not be offered a place.

But, of course, the debate about who should get a place at Oxford doesn’t stop with grades, nor should it.

Regionality, for instance.  Nearly half of the students at Oxford are from Greater London and the South East – even though they have only a quarter of the UK population. In one subject 29 per cent of students went to state schools: in another the figure is nearly 78 per cent. For colleges, there is a range from 41.1 per cent state school to 88.2 per cent. And so on. You can find all the figures here.

Let’s look at the proportion of young people from state schools we accepted – with all the caveats that come with such data. We know, for example, that a college could score “well” on state school figures by taking comfortably off grammar school pupils. There’s nothing at all wrong with that. But that is a different story from progress towards another one of Oxford’s aims: admitting more students from under-represented backgrounds.

Here’s how LMH measures on this particular metric. There are 29 colleges admitting undergraduates in the tables. LMH ranks 10th – about a third of the way down.  The university as a whole takes 57.2 per cent of its UK intake from state schools compared with our 60 per cent. So we’re a bit above the average.

The college is working to address the lower offer rates for state school students. In the 2018 application cycle (for which data has not yet been released by the university), contextual information on candidates’ schools was provided to all tutors, to allow them to fully assess the context of candidates’ achievements.

This information included: the percentage of students achieving 5+A*-A at GCSE; the average performance of pupils at A Level; and school position in the national league tables. In addition to this, LMH Outreach staff work with state schools in LMH link areas to provide advice on pre-admissions tests and interviews.

Find out more about LMH Outreach

LMH appears to be attracting a reasonable number of BME candidates in the context of Oxford as a whole – and we rank second out of all colleges in our number of BME acceptances as a percentage of total UK acceptances who have declared their ethnicity.

That is encouraging. But we have also noted that the offer rate for Black students at LMH has been consistently below that of other ethnicities. We will do our best better to understand the reasons for this.

Black students are not necessarily under-represented at Oxford when taking into account A Level results, but they are underrepresented amongst students who achieve AAA+ at A Level: 5% of black students achieved AAA+, compared to an average of 13% across all ethnicities.

The LMH Foundation Year is a programme for students who are under-represented at Oxford, and who do not necessarily have the grades that would typically be required to study at Oxford. The programme is open to all ethnicities, but typically sees higher proportions of BME candidates than the undergraduate applications.

Oxford, in common with most higher education establishments, tries to take some account of socio-economic disadvantage when considering applicants. This is because we recognise there is an “attainment gap”. Young people from more well-off backgrounds are more likely to apply to Oxford, more likely to achieve the required grades, have more preparation for interviews… and so on.

A very full account of the efforts Oxford has been making towards improving progress is published today. It was the product of much work by a working party led by the Provost of Oriel, Moira Wallace.

The picture is complicated. The university has – as the report notes - consistently failed to meet the targets it has agreed with the Office for Fair Access. New, more realistic targets have been set – but, even if achieved, might only result in an increase in a further 100 or so students making it to Oxford across all colleges, according to the Wallace working party report.

The metrics are complicated. The university uses two main indicators of contextual disadvantage and will ‘flag’ such candidates.  Candidates who come from a deprived postcode and from a school with a lower than average attainment should, subject to grades, be shortlisted. This should at least secure them an interview.

The complication is that the indicators used to denote socio-economic status are not universally agreed to be sufficiently rigorous measures of socioeconomic disadvantage.

There are two main indicators – and there is no getting away from the acronym jungle involved. The first (ACORN) denotes living in an area classified as “financially stretched” or “urban adversity.” The second (POLAR3) classifies areas according to rates of participation in higher education by young people.  Both measures are thought by some academics to yield false negatives and positives, but they are what we have.

The table below shows how LMH has been performing against the average of the university on these two metrics:

You will see that - in accepting students from ACORN backgrounds - LMH ranks third highest percentage in the university and 8th for young people from POLAR areas.

We are working on trying to provide our tutors with more sophisticated measures of socio-economic disadvantage. LMH now provides tutors with additional contextual information on candidates, such as their Index of Multiple Deprivation decile, as well as more granular detail on the ACORN and POLAR postcodes. We also provide tutors with information on what all the indicators mean in relation to educational disadvantage.

Again, our Foundation Year – targeted at under-represented groups of young people – is succeeding in admitting young people from hard-to-reach backgrounds. We ask for detailed, verified evidence of background, schooling and income rather than relying on general postcode classification.

The working party report confirms other evidence that, once on course, students from backgrounds of socio-economic disadvantage score, on average, less well than their peers in their first Oxford exams – but perform more strongly than their peers by the time they take their finals.

We do a considerable amount of outreach with our links areas (Ceredigion, Gloucestershire, Haringey, Herefordshire, Monmouthshire and Powys) as well as other areas. Our Foundation Year attracts applications from all over the country.

LMH attracts a consistently high number of applications from females – perhaps not surprising, given our history as the first college founded to accept women students at Oxford. Our gender balance – at 51 per cent female acceptances – tilts very slightly towards women, giving us a ranking of 11th in the university, where the overall balance is 48.7 per cent.

LMH emerges from these tables as not “the best” - except in the number of women applying to Oxford. But we do seem, on the data, to be among the “better” colleges in terms of opening our doors to a diverse range of academically able students.

We would like to be better still. It is likely that the publication of the tables by Oxford will make all colleges and departments think deeply about the complex issues of who gets to come here. We will, too.

The working party report documents the many initiatives already in place in Oxford – including 3,000 outreach activities and expanding the UNIQ summer school programme, which brings more than 850 state school students for an academic residential programme.  It also details the considerable sums of money (more than £14 million) the university spends on financial support and outreach.

All that – plus interesting initiatives at such colleges as University College and Pembroke – show a great deal of creative thinking. There are hopeful recent signs of progress. But there is no cause for complacency. As the working party report points out, Oxford has had a poor record of overwhelmingly missing the socio-economic access targets it signed up to in 2012.

The new targets are, some might think, modest enough. For instance, the university has committed to admitting another 23 students from “ACORN” areas (“financially stretched” or “urban adversity”) by 2019-20. That’s fewer than one extra student per admitting college from a potential pool, which includes 20 per cent of UK postcodes, and 15 per cent of the national pool of students with AAA or better in A levels.

The fact that Oxford has, over the years, struggled to meet this target is a cause of concern within the University. We hope, as a college, to report on good progress across the board on admissions next year when the annual figures are released. We’ll intensify our work on contextual socio-economic data. We’ll build on our social media presence to attract those whom traditional methods of communication pass by. We’ll map socio-economic data against aptitude test results.

And we’ll continue to focus a great deal of thought and effort on our Foundation Year. We don’t claim it is the only potential model for elite universities such as Oxford and Cambridge. But - as at Trinity College Dublin – it does get some quite remarkable students through the door. And, from that, we all benefit.